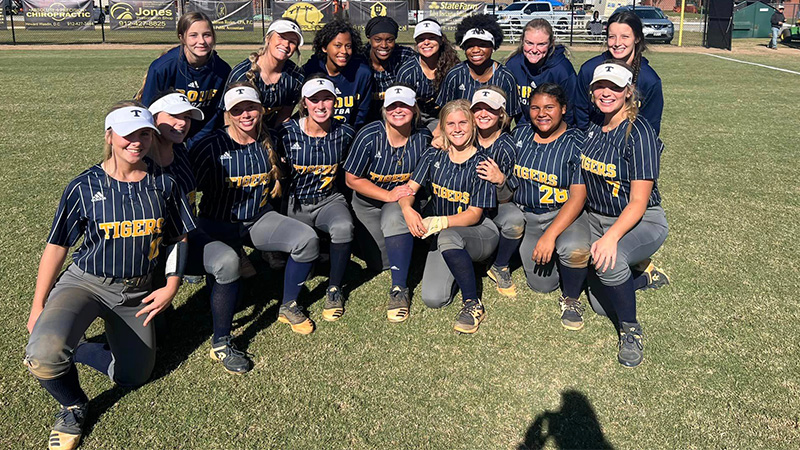 Troup stood among the final 16 teams standing in AAAA but fell short in the super regional finals by taking a 10-4 loss to Wayne County.

The Tigers were able to get the upper-hand to start the game when Ramsey Clark reached on an error in the top of the second to get a runner home. The Tigers could not capitalize further despite having the bases loaded.

The Yellow Jackets quickly answered to make it a 4-1 game after two innings. Wayne County added to their tally, and it was 8-1 after four innings.

The pesky Tigers would not go away. Madeira Sirmons blasted a two-out double to drive Clark home in the top of the fifth. Anna Grace Keller added another with a single to cut the lead to 8-3. Keller was superb on the night, going 3-for-4 with an RBI.

The Tigers once again loaded the bases but were unable to bring any further runs home in the fifth. They were able to add one in the sixth when McInvale drove in a run on a ground out.

The Yellow Jackets scored two runs in the bottom of the sixth to get some separation as the Tigers could not mount a rally in the seventh inning.

Keller got the start on the mound with McDonald coming into the game to relieve her.

Head Coach Ryan Simpson has had the Tigers among the final 16 teams standing in AAAA in her first three seasons in charge of the program.