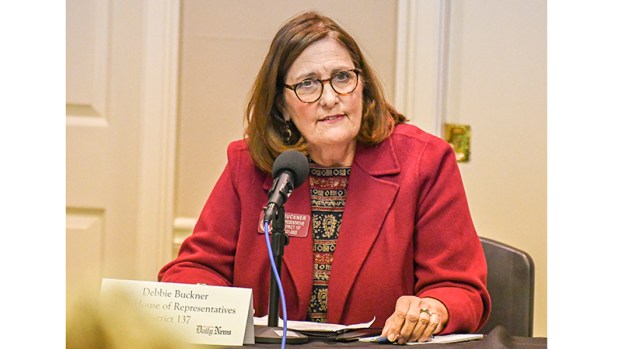 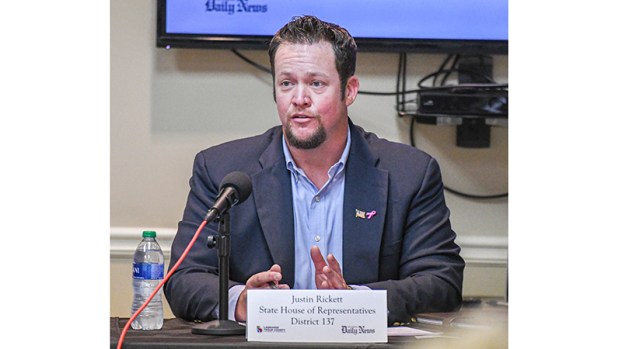 The candidates for Georgia State House 137 participated in a forum at the LaGrange-Troup Chamber of Commerce on Thursday night.

The candidates were given opportunities to answer questions on topics ranging from parental education rights to gun control and gambling.

The candidates were questioned about how the Troup County School System would be affected by the Parents’ Bill of Rights created by House Bill 1178, which allows parents to review the curriculum and file complaints if they disagree with the content.

Buckner said she opposed the bill because of the recordkeeping challenges it produces.

She said public schools had very serious concerns about the bill, not because they don’t want parents involved, but because the information provided by the law is already available. The bill just created excessive and challenging recordkeeping, Buckner said.

“It’s an effort for them to do all the required recordkeeping, which they have trouble with now,” Buckner said. “They don’t get to teach schools as much as they have to write reports.”

“It allows the parents the ability to see the records of their own child, to know what’s being taught to their own child, and more importantly, to be more involved,” Rickett said, claiming that Buckner voted against the bill because she’s against parents knowing what’s going on in the classroom.

The candidates were asked how they felt about how they feel about Georgia supporting gambling and how that would affect Troup County.

Rickett said a casino opening nearby could pose challenges for other entertainment venues, using Great Wolf Lodge as an example.

“Adding a casino across the street brings in several different variables and just opens a big can of worms,” Rickett said, explaining that the knows it would be revenue for the state, but there are other ways to increase revenue.

She said sports betting is the one that seems to have the most interest because people are placing those bets on their phones already. Buckner indicated support for sports betting, saying the state has the opportunity to obtain tax money from things that are already occurring.

Buckner said casinos are a bigger issue. She indicated that there has been some bipartisan support for the issue, but said she would only support it if it was decided by the voters.

“If there ever were to be a casino in Georgia, it would have to be voted on in a state referendum by everybody in the state of Georgia,” Buckner said. “The community where it is to be located would have to vote on it to say that they want it as well. That’s democracy.”

The candidates were asked what the state government of Georgia can to do to better ensure the safety of our children in school.

Rickett said safety is a big concern, but also noted he is a big advocate of the Second Amendment. He suggested that every high school in Georgia should do threat assessments

Buckner said she was involved in a bipartisan trip to Israel to look at how they secure their schools.

“They have a much more difficult time taking care of their kids everywhere, not just in schools because of people shooting at them all the time,” Buckner said. “We learned a great deal.”

She said some Georgia law enforcement are going to Israel to learn about how they handle mass shootings in schools and active shooter situations.

“We don’t ever want to see a headline where it says a child went to school and didn’t come home,” Buckner said.

Buckner and Rickett will vie for the State House 137 seat on Nov. 8. Early voting has already started at the Troup County Government Center.