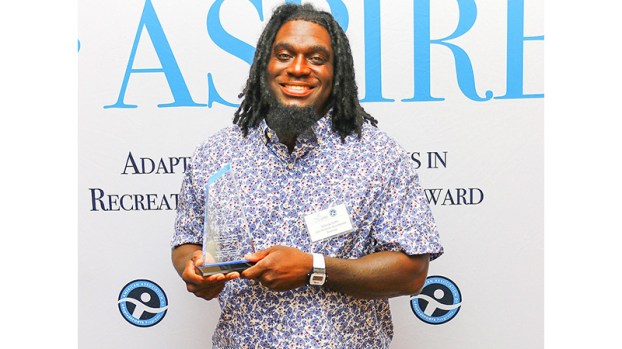 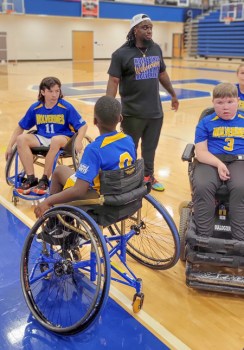 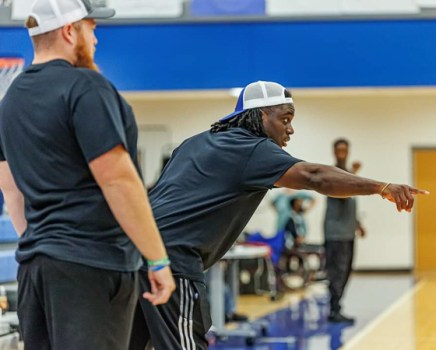 It is the word that everybody involved with the West Georgia Wolverines uses to describe assistant coach Nick Griffin. He started as a volunteer in April before becoming an official assistant coach in August.

“I love the athletes that we have, the family feel of our team,” Griffin said. “I love our organization and everything adapted sports stands for. To see those children go out there and compete. To see those kids fight through adversity is inspiring.”

Griffin is a man who is quick to volunteer his free time for a good cause. An assistant football coach at Gardner Newman and a track and field coach for the Troup County Parks and Rec Department, his time has been stretched thin. It was not until a student at Callaway Middle named Gavin Pijnenburg convinced him to come and watch practice that he was hooked.

The first practice came and went and Griffin was hooked. Little did he know, seven months later he would be winning the Gail Hendricks Volunteerism Award in Atlanta on Monday night at the ASPIRE Awards.

“To be honest, I almost cried when I found out I was nominated,” Griffin said. “Our Wolverine family member nominated me. To sit there in Atlanta and see so many people impacted by the positive nature of this sport and to win the award was very emotional. I didn’t think I would even be in the running. I was just there to support our players.”

He was the only member of the Wolverines that was surprised he was nominated and honored. The Wolverines are like family now.

“I honestly can’t think of a more deserving person for this award.  He pours so much time and energy into this program, not to mention all of the other organizations he’s a part of.  He is truly a selfless and humble man and the Wolverines are blessed to have him,” wrote Kristy Prater, who helps run the West Georgia Wolverines.

While some members of the Wolverines are family by bond, Griffin also has family by blood on the team. He has a son that is a member of the West Georgia Wolverines.

“There’s some things they can’t do, but there are a lot of things they can do,” Griffin said. “To watch somebody like Gavin who is in a power chair play with somebody who has vertigo who is literally getting headaches from sitting in the chair come together and score a basket, or make a goal or run a play is just amazing.”

The adapted sports program consists of basketball, football and handball. Griffin was most ecstatic about linking up with the football team.

“I was instantly amazed at how difficult it was,” Griffin said. “To see that number of people on the field at one time and see how they run plays and score, the strategic part of it was mind blowing.”

Griffin has eyes on expanding the size of the football team. Athletes can join the West Georgia Wolverines starting in the first grade, and he is hoping to recruit some elementary school kids to come out for football next season, so that he can build a JV squad and give the younger potential players a feeling of inclusion.