Scarecrows in the Garden a hit in Hogansville 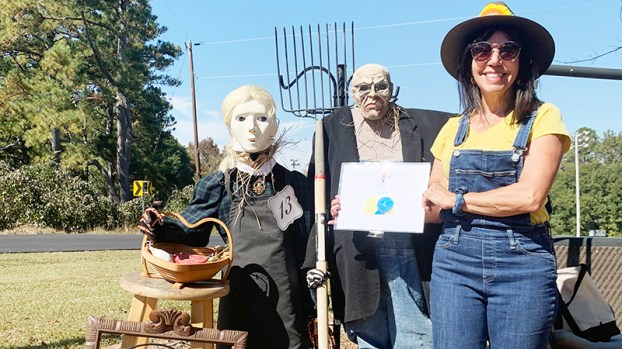 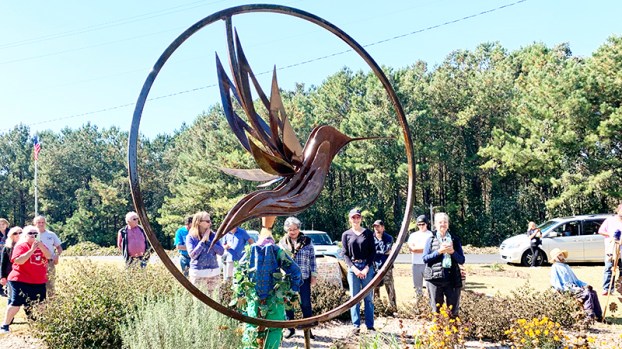 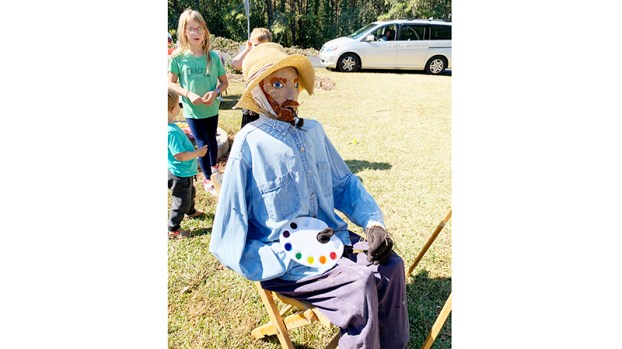 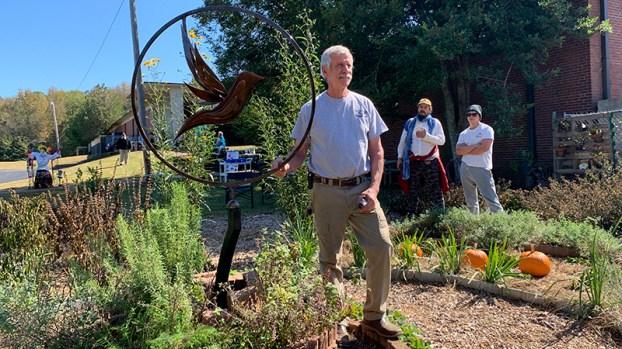 Mitch Kernodle, of Eagle River Forge, with his weathervane creation 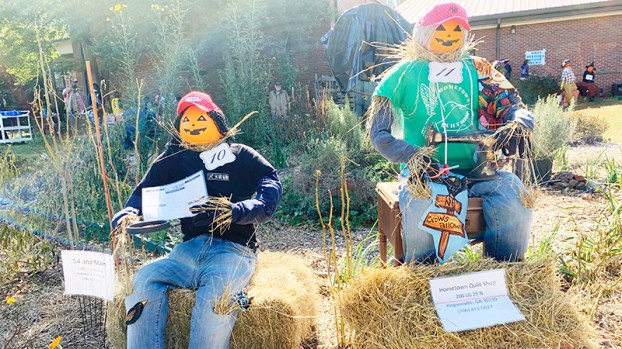 Scarecrows from 54 and Main and Hometown Quilts 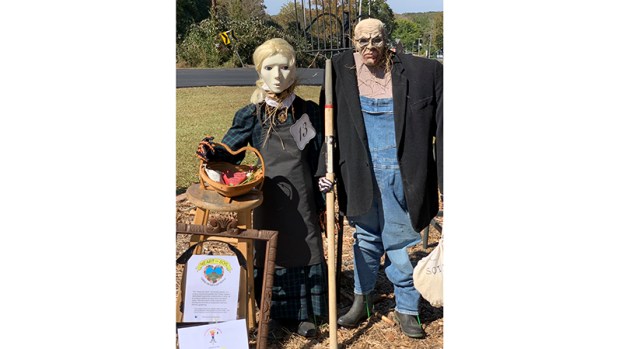 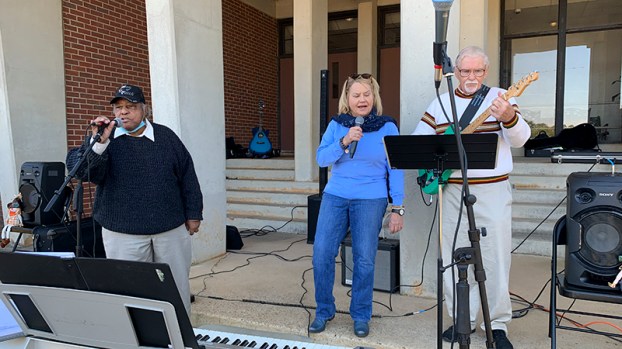 More than a dozen community-made scarecrows were featured in a fall festival in Hogansville over the weekend.

The fall festival, “Scarecrows in the Garden,” was held at the Heart and Soil of Hogansville community garden at the Hogansville Active Life Center on Saturday.

A scarecrow duo titled “American Gothic” took home first place in the scarecrow exhibit and contest. The winning entry was created by Stephanie Culver, who represented the“Heart and Soil” garden.

“We didn’t expect to win, but the voters really liked it,” Culver said.

The garden is a joint project between the Troup County Master Gardeners, the Pine Needle Garden Club and the Active Life Center.

Second place was awarded to the Hogansville Regional Art Association (HRAA) for their “Vincent vanGROW” submission. The entry was created by artist and HRAA member, Patricia Radway.

The event also featured the unveiling of the new garden centerpiece, a metal sculpture made by Hogansville artists Mitch Kernodle and Leah Jeffery.

The sculpture centerpiece was unveiled to be a Hummingbird weathervane. The functional weathervane will serve as a permanent centerpiece for the community garden’s spiral herb garden.

Organizations, businesses and individuals around Hogansville were invited to create scarecrows to display in the garden for Halloween.

Culver said they are already planning to continue the event next year and make it an annual tradition for Hogansville.