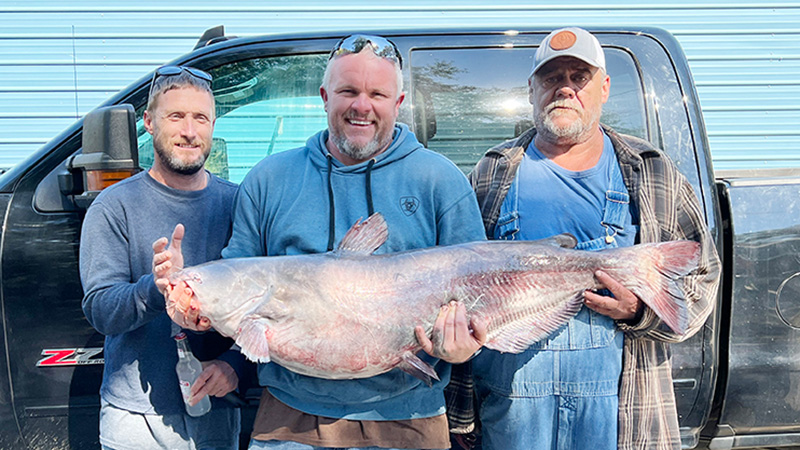 A fisherman from Carrollton caught what appears to be the biggest blue catfish ever lured in from West Point Lake.

Jerrimie Tolbert caught a mammoth blue catfish out of West Point Lake on Saturday. The fish may be the biggest that has ever been caught from the lake.

It took the men around 10 minutes to reel in the massive fish, which damaged a rod and net in the process.

After realizing he had caught a record fish, Tolbert brought the blue catfish to certified fish scales, and it weighed in at a whopping 61 lbs. According to Tolbert, the previous record for West Point Lake blue catfish was 54 lbs.

Tolbert said they are currently waiting for the catch to be certified with witnesses for the official record.

Tolbert said he had been kicking himself after throwing back a much smaller fish over the weekend that may have been a record-breaking fish for that type of fish when he caught the massive bluecat. He said he intended to put the 61-pounder back into the lake too, but it died in the process of bringing it to certified scales.