Raise the banner: Callaway falls in elite eight, makes history along the way 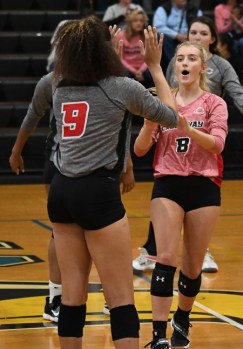 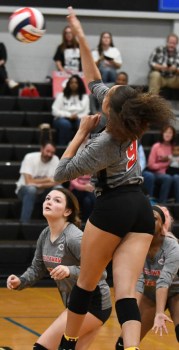 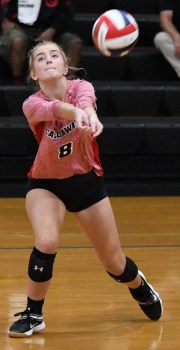 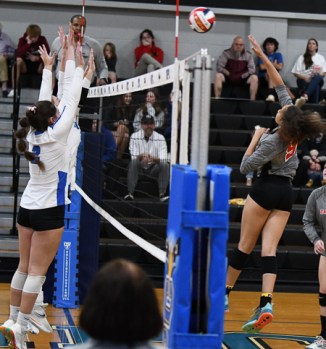 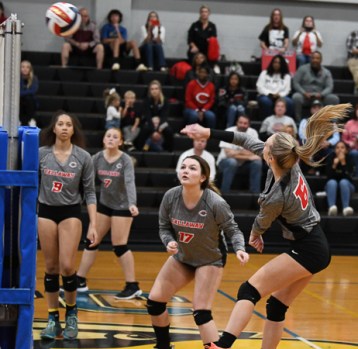 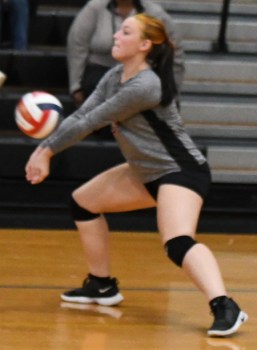 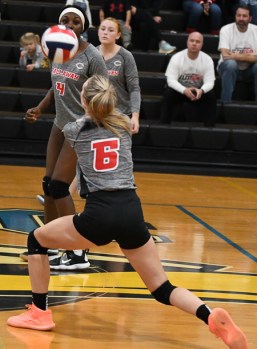 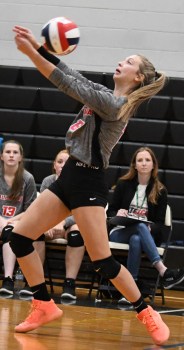 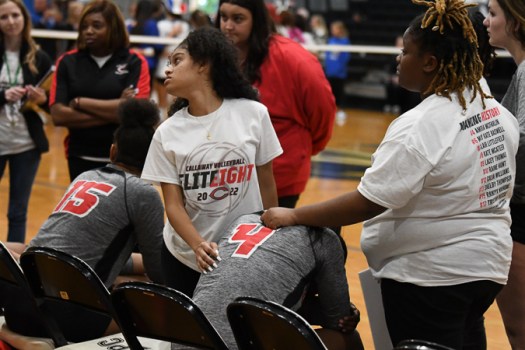 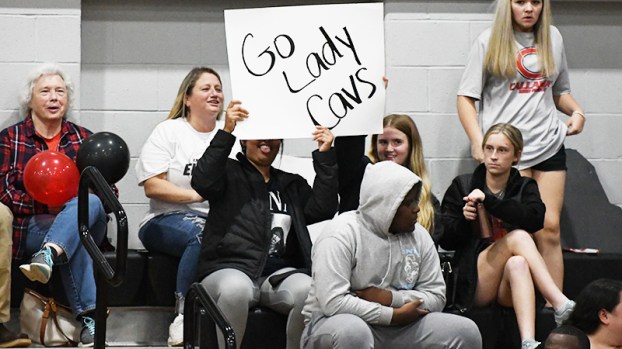 Soon you will be able to step foot in Callaway’s gymnasium and see the first elite eight banner ever raised into the rafters — a monumental achievement for a team that has struggled for success in recent seasons and missed the playoffs the final two years.

“Coming off last year, I was going to be happy just to make the playoffs,” senior Kate McAteer said. “For us to get to the elite 8 is unbelievable.”

Simply put, the Cavaliers were outmatched on Wednesday night as they traveled up to Kennesaw for their quarterfinal matchup with Mt. Paran Christian Academy — losing in three straight sets. Callaway was the last remaining public school in the AA state playoffs as private schools have overtaken AA volleyball with their ability to recruit players.

“I was frustrated tonight because I don’t think we played our best, but we still made history this season,” Coach Shelby Goins said. “There’s been ups and downs and tonight was a down.”

In recent years, there were more downs than ups for Callaway. However, those weren’t under Goins, who is in her first season at the helm and has led the Cavaliers to their best season in history.

It has been a stark turnaround for the Cavaliers, who did not start the season with great aplomb.

“When we started off, we were getting used to things,” senior Amoria McFarlin said. “We had to learn to trust each other. Coming this far was because we were together.”

The first practice in the summer looked far from what was on display over the Cavaliers playoff run. The first scrimmage in August? Not the display Callaway wanted, but the team dug deep and found solutions to their earlier seasons woes.

“We have come so far since the first scrimmage,” senior Shelby Thompson said. “I’m so proud of being a part of a team that literally made history.”

The Cavaliers will be losing a big senior class that also includes players Calia Williams, Raine Hunt and Tristan Bussey as well as managers Tykeria Foster and Ary’ona Holmes. The leaders of the team that made history will take some replacing.

“They’ve defined our program over the last year,” Goins said. “To lose them is going to be a huge loss. We are going to have to fill what we are losing. I told the seniors to be really proud of themselves.”

The other person who has defined the 2022 volleyball program? Goins, who has made a major impact on her girls in red and black.

“I love coach Goins so much,” Williams said. “She brought so much humor to the team, and I think a change is what was needed to give us a fresh start.”

Now, the standard for Callaway volleyball has been reset and history rewritten. The next step is for the upcoming players to take the baton from the seniors who helped set the standard and run with it.

The 2022 season is over, but the pursuit of perfection goes on. The road to consistency is a hard one. Cavaliers do not run from a challenge and Goins work with the volleyball team is just getting started.

“We have to keep working,” Goins said. “I want to get into conditioning in early spring and get in some camps this summer and keep building on the unity we created this year.”

The year 2022 was one for the history books, even if Callaway did not get its fairytale ending.

“This is so special because of how much doubt there was around the volleyball team,” Williams said. “It just shows everybody our capabilities and potential, and I’m very excited to make it this far.”

The memory of last Saturday’s history-making victory against Davidson Fine Arts in the Round of 16 will be etched in the players and coaches’ memories for eternity.

“I just started balling (after the win),” McAteer said. “I was overcome with happiness and my emotions were so high. I still can’t believe we did that.”

While the 2022 season reached its crescendo last Saturday and its final note on Tuesday, it is just the beginning of a new era of Callaway volleyball.”