Another movie? LaGrange playing host to film, ‘Jack and Ava’ 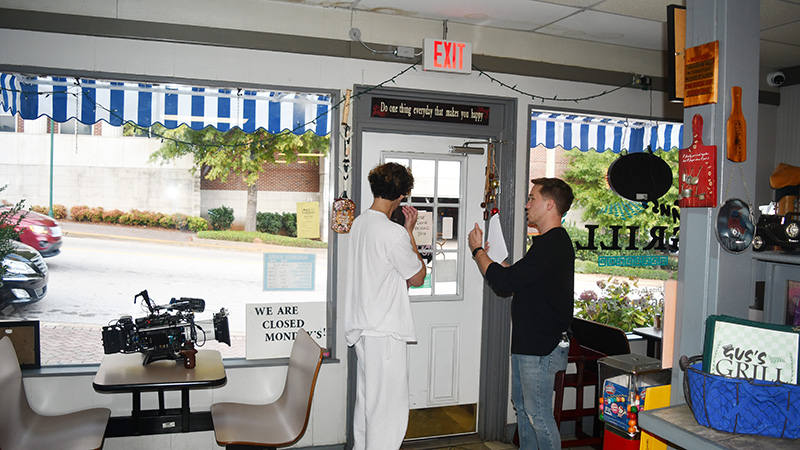 Downtown LaGrange is serving as a stage for yet another movie, this time a crime drama.

The film being is created by the filmmaker duo, Easy Brothers.

Director Michael Pollard said the film, Jack and Ava, is sort of a Bonnie and Clyde-type story. The titular characters are two lovers and con artists who are on the run after a heist goes wrong.

Pollard and Lee make up the Easy Brothers, who also wrote the film.

On Friday night, a crew was spotted filming scenes for the movie at Gus’s Grill across from the Troup County Government Center in LaGrange.

No release information was provided for the film.