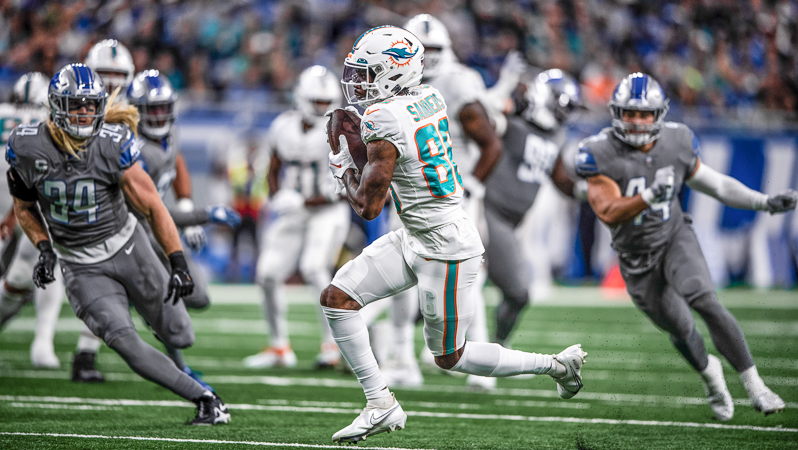 Former Callaway Cavalier Braylon Sanders made his NFL debut on Sunday as the Miami Dolphins took on the Detroit Lions and came away with a 31-27 come from behind victory.

Sanders caught two passes for 17 yards in his debut.

Sanders went undrafted earlier this year and carved out a role on the practice squad. After being officially activated Saturday, it was a full go for Sanders on Sunday. With the Dolphins getting healthier at wide receiver, Sanders was sent back the practice squad on Monday,

Before embarking on his NFL career, Sanders starred for the Ole Miss Rebels from 2017-21. Sanders cut his teeth playing football at Callaway High School from 2013-16.