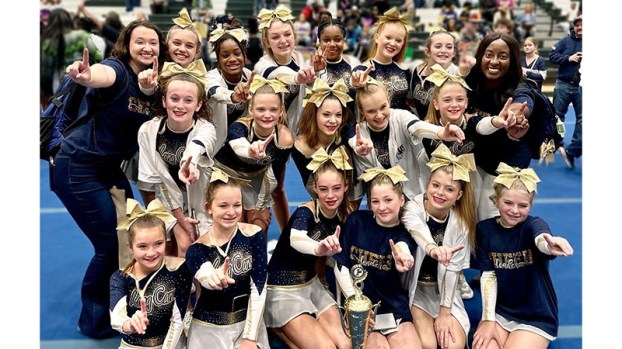 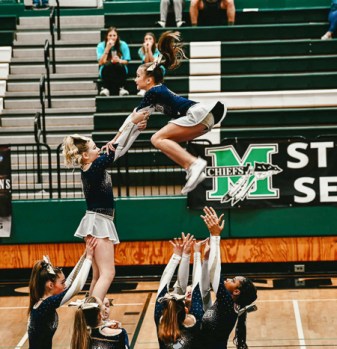 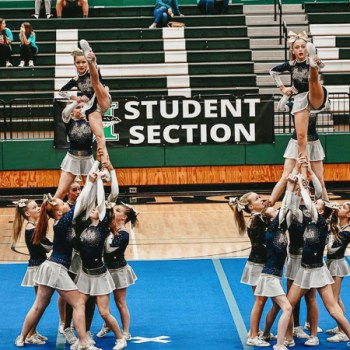 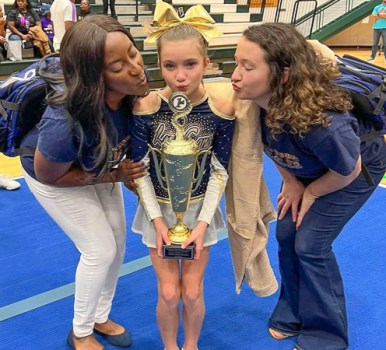 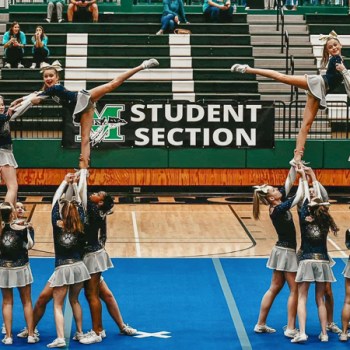 “This is my eighth year in charge, and I thought it was going to be a rebuilding year,” coach Traviera Sewell said. “I was very nervous about this year, but they worked hard all summer long and pulled it together, and obviously their hard work paid off.”

Through five straight competitions for the Cougars, they earned five first place finishes. It was a remarkable achievement for a program that internally thought it was going to have to rebuild in 2022. The competitions were one-offs with around seven teams competing in the Cougars division.

Six of the undefeated Cougars team will be moving up to the high school ranks next season.

“We will have a big group of sixth graders coming in next year,” Sewell said.

The sixth graders come in with just as much of an opportunity to impress and do stunts as the older girls.

“It’s all about skill level,” Sewell said. “I had a sixth grader this year do stunts that a high schooler can do. It doesn’t matter what grade level you are in as long as you have the skills. My sixth graders are very talented and that excites me because I get two more years to work with them.”

The Cougars have had some success in years past under Sewell, but this felt like a new high watermark for the program.

The season has had its fair share of downs as well. The girls have been able to put together some elite performances on the mat in 2022, but it was not always an easy process to get there.

“We started off the season very slowly in the beginning of the summer,” Sewell said. “We didn’t have the skill sets at the beginning of summer like we did last season. We had to work even harder this year, and I want the girls to take this into the next few years.”