Gray Hill Community Center to be named for Bartley 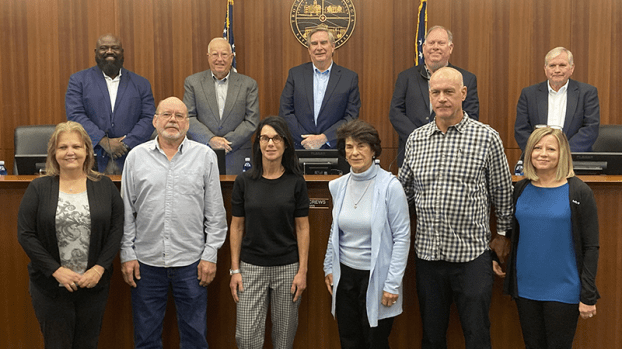 The Bartley family joined the commissioners when the announcement was made to rename the Gray Hill Community Center after Wayne Bartley. 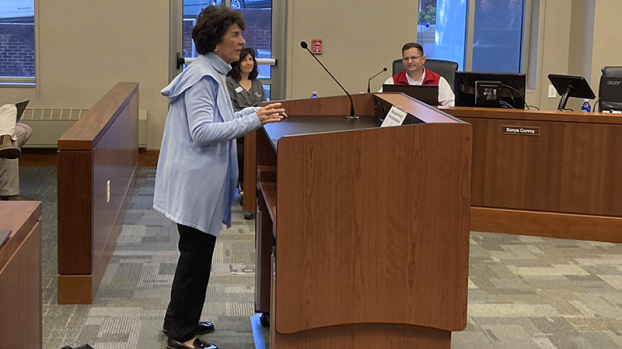 Beverly Bartley thanks the commissioners for naming the community center after her late husband, Wayne.

The Troup County Board of Commissioners unveiled plans to rename the community center after Bartley during their work session on Tuesday morning, inviting family and friends to join in the announcement.

Commissioner Lewis Davis provided some history behind the community center. He noted that the Bartley family owned the property for years before they donated it.

Davis said he was discussing efforts to renovate the Gray Hill Community Center when they began considering naming the facility. After discussing it with other commissioners and the Bartley family, the county came up with the Wayne Bartley Community Center at Grey Hill as the new name for the center.

Wayne’s wife and children were on hand for the announcement and thanked the commissioners for recognizing their late husband and father.

“I think the name is perfect,” David Bartley, Wayne’s son, said. “Gray Hill meant a lot to him as did Troup County. He did a lot of work for Troup County, and he’d be proud.”

Wayne’s wife, Beverly, echoed her son’s words saying her husband would be happy and proud of the new name.

Mike Wilson, CEO of New Ventures, said Wayne was a member of the New Ventures Board for many years.

“I can’t think of any more fitting tribute to Mr. Bartley than to name this building in his memory. He was such an influence on New Ventures, and our mission to work with disabled citizens. I know that personally that it was very near and dear to his heart,” Wilson said.

The commissioners are expected to officially vote to rename the community center at their regular meeting Tuesday night.