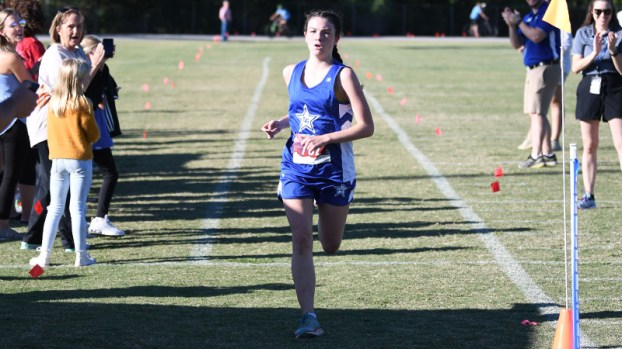 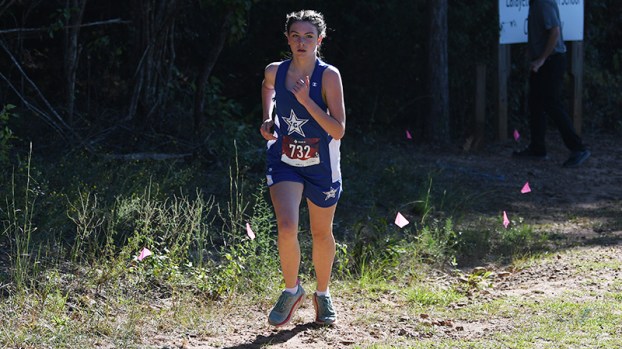 Raleigh Thompson is still a sophomore at LaGrange High and her second season on the Granger cross country team just reached its conclusion but can already claim to be the region 4-AAAA runner of the year in 2022.

“It was definitely a big surprise for me,” Thompson said. “To get voted in by all the coaches in the region was a big shock.”

It has been a season full of hard work for Thompson. Despite the honors coming in at the conclusion of the season, it was not always smiles and cheers for Thompson.

“It’s been a very challenging year,” Thompson said. “We got some new coaches, and they stepped up our game a little bit. We’ve been out there early practicing every morning. It’s been a very hard but very rewarding season.”

The new coach that Thompson is referring to is Blase Leverett, who was enticed into the coaching position by a chance encounter with Thompson before he accepted the job.

“Before I even accepted the coaching job, I was out at Granger Park and noticed these tiny girls running every single day after school and went up to her and asked her ‘do you run cross country’ and she said ‘yes, I sure do,’” Leverett said. “I told her that I was very happy because she was fast.”

The respect and admiration between coach and runner is very much a two-way street.

“I came out to practice and saw him out there putting in the work,” Thompson said. “Not many coaches go out and do the sport that they are coaching, so to see him out there running and putting in that work too gave me more respect for him.”

Despite her youth, Thompson is a leader for the program. With a large influx of new runners this year, her steady hand was much needed to help guide the younger guys and girls that came out for cross country for the first time this year.

“She’s a vocal leader,” Leverett said. “She doesn’t just do it by example. She does all the above. She shows them how to give 100% effort every rep. She pushes her teammates and when she sees them slacking she says something. She’s constantly giving positive reinforcement and feedback.”
Thompson credits Leverett for upping the game within the program — something she has desired to see.

While you are on the course, the thought of the opponents out there with you slips away as you begin to focus on the 3.1 mile journey in front of you. Thompson is no different. She has faced difficult courses and easy ones. Her ability to push through difficult times and situations.

“You’re out there by yourself for 15 or 30 minutes,” Thompson said. “It takes a lot of mental toughness to push through however long you’re on the course.”

What is the scariest news for other female runners in region 4-AAAA? She doesn’t even feel like she was at her best in 2022.

“I’m very competitive with myself and my times,” Thompson said. “Even though I did not feel like I was at my best, it still feels very rewarding knowing people have noticed all my hard work.”