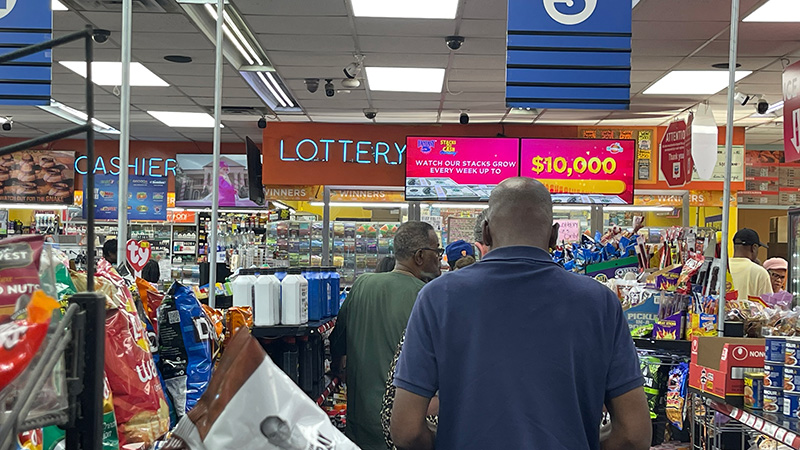 Alabama residents flocked to West Point convenience stores and other Powerball lottery-selling retailers on the state line to buy tickets for Saturday night’s record-breaking drawing. There hasn’t been a Powerball winner for 39 consecutive drawings, and the jackpot is now expected to be $1.6 billion — the largest in lottery history.

According to Sr. Vice President of Georgia Lottery ​​J.B. Landroche, some of Powerball’s top selling retailers are those that border state lines, including the West Point Chevron at 1860 Highway 18, and the Lotto Mart at 400 3rd Ave. in Columbus.

Larry McConnell, an Opelika resident who works in West Point, buys Powerball lottery tickets twice a week, spending up to $40 weekly. McConnell said the state of Alabama is giving up revenue by allowing all of the revenue to go to neighboring states like Georgia, Tennessee and Florida. Alabama does not have a lottery.

“The state government is stupid for letting all this money get out of the state,” McConnell said.

In October, Gretchin Corbin, president of the Georgia Lottery, spoke at the LaGrange-Troup County Chamber of Commerce Early Bird Breakfast and discussed how the lottery has impacted Troup County.

According to Landroche, Georgia Lottery retailers make a 6 percent commission on Powerball tickets sales. During this jackpot roll, Georgia Powerball players altogether have won over $9 million.

The lottery also funds certain educational programs, including the HOPE scholarship and Georgia’s Pre-K Program. There have been 19,089 HOPE students in Troup County accumulating a total of $82,833,143 in lottery-funded money. The number of Pre-K students funded is 15,614, reaching a total of $60,567,528, according to Corbin.

Landroche said that for every dollar that is spent on a Powerball ticket in Georgia, approximately 42 cents goes to Georgia HOPE and Pre-K students. The Powerball jackpot began accumulating on Aug. 6. From that day to Wednesday’s drawing, sales have produced over $25.5 million for those educational programs.

“Large jackpots always generate excitement for our players, as well as important dollars for lottery-funded educational programs, including Georgia’s HOPE Scholarship Program and Georgia’s Pre-K Program,” Landroche said in an email to the Valley Times-News.

Jarrett McKinnes and Shameka Zeigler, from Montgomery, drove all the way to West Point to buy Powerball tickets. The couple knew exactly what they were going to do with the money if they won. Zeigler said that she would invest and help their families. McKinnes had a different answer.