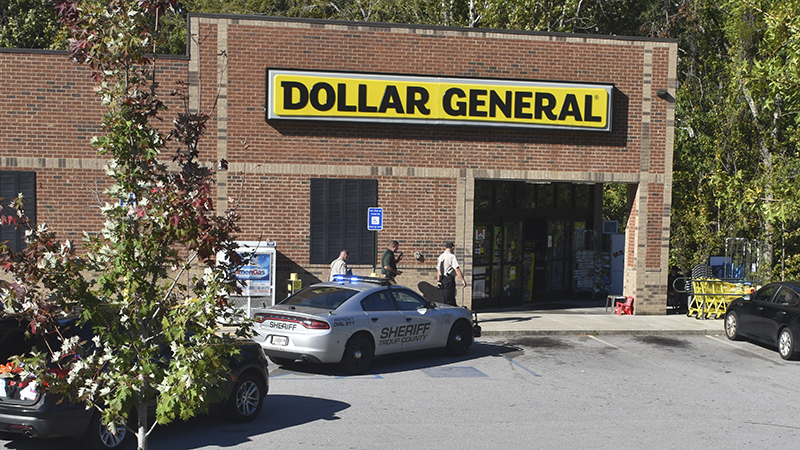 The Troup County Crime Stoppers has approved a $500 reward for information that led to the quick arrest of the suspect for the recent Dollar General robbery.

On Oct. 3, an armed suspect entered the Dollar General on Pyne Road and demanded money from the cashier, firing two gunshots into the ceiling before fleeing the scene with cash. A description of the suspect and the truck he had been driving were later provided by Troup County Sheriff’s Office and shared across social media.

A tip was later received indicating the suspect’s truck was at a local gas station and the suspect,

Jmonte Shephard, 18, was arrested for the armed robbery by sheriff’s deputies that afternoon.

Because of the timely information, the Troup County Sheriff’s Office requested a reward be given for the tip that led to the arrest of the suspect. A $500 reward was approved by the Crime Stoppers board for the tip.

When individuals provide information to Crime Stoppers, they are provided a caller code and information on how to pick up any potential rewards that are offered based on the usefulness of the information provided.

For the Dollar General robbery information, caller code 31935 was awarded $500, which is still available for pickup.

A $50 award for caller code 31945 was also approved during the November Crime Stopper meeting. The reward was recommended by the LaGrange Police Department for information that led to the arrest of a suspect with a warrant from an outside agency.