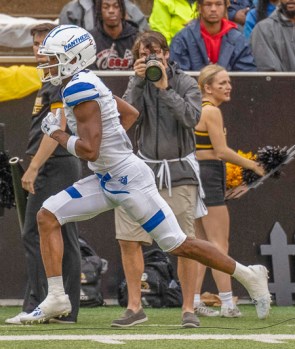 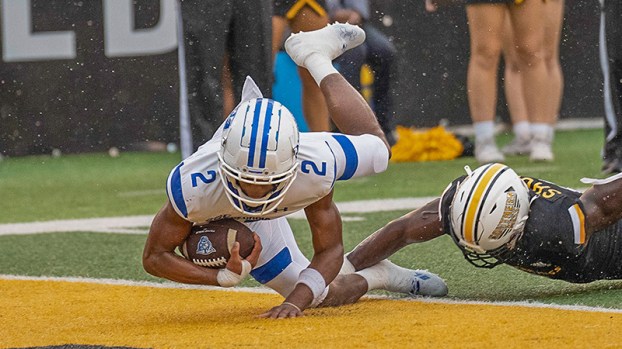 Georgia State got a dominant 42-12 win over Southern Miss on Saturday and former Troup Tiger Jamari Thrash played a big part in the Panthers victory.

Thrash opened the scoring in the game when the Panthers took the opening possession down the field. He got in the end zone on a six-yard touchdown catch.

Thrash got his second touchdown of the day on a 30-yard grab early in the fourth quarter. He finished the game with four catches for 60 yards and two touchdowns.

Thrash leads Georgia State with 38 catches for 655 yards. He has reached the end zone five times in nine games this season.

After dropping its first four games, the Panthers have won four of its last five games. They will likely need to win two of their next three games to get bowl eligible and Thrash figures to be a big part of the offense during this critical stretch.

The Panthers are second in the Sun Belt east division and will be back on the gridiron next Saturday against UL Monroe in the final home game of the season.