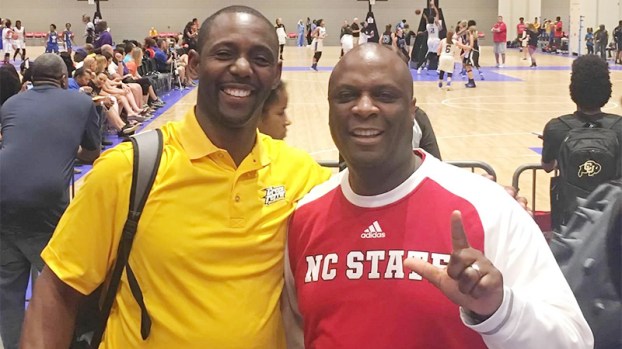 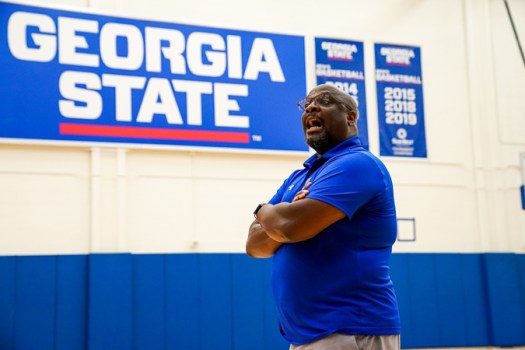 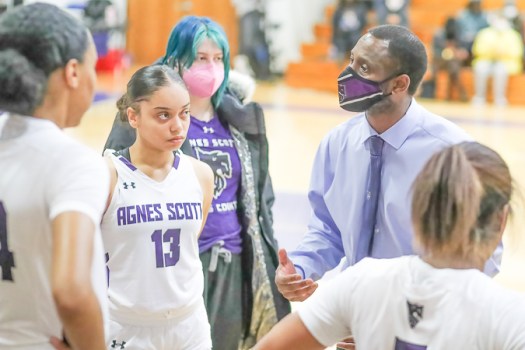 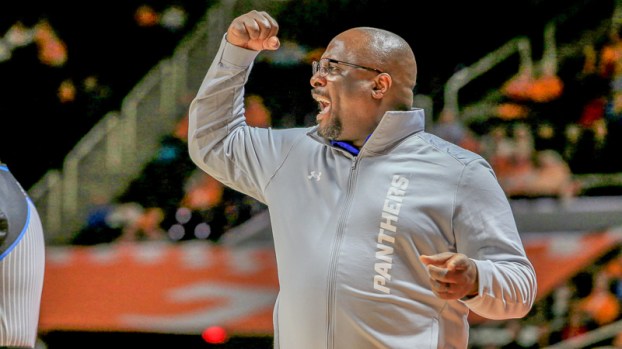 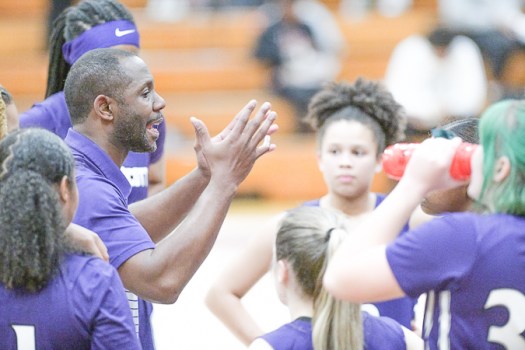 Georgia State will be opening its new convocation center with a grand unveiling on Monday.

When Georgia State’s women’s basketball hosts Agnes Scott to christen to the new arena, it will likely be a first in LaGrange High School history as two former Granger teammates are set to lock horns as coaches of two prestigious universities. Standing on opposite sidelines leading their respective team of ladies will be Gene Hill — GSU — and Reginald Blackmon — Agnes Scott.

“This is an exciting opportunity,” Blackmon said. “He has been somebody that I can turn to over the years going through my coaching career. We got lucky and just ran into each other when we were at NC State, and we have stayed in touch over the years.”

“When I was first at NC State, and he was just trying to get into coaching, we talked a lot about different things about basketball and the process,” Hill said. “This is pretty unique.”

Hill — a LHS graduate in ‘92— and Blackmon — a ‘91 Granger graduate — are part of a Granger basketball fraternity that stretches far and wide. On Monday, the two former teammates will get a chance to strategize against each other.

“Reggie and I grew up together and played ball together at LaGrange, but we’ve also stayed in contact over the years,” Hill said. “We have watched each other in our chase and pursuit of becoming coaches. It is pretty neat to get this opportunity. We talk to each other a lot whether it is about the process or just life.”

There is a strong kinship between the two men. While time and distance has taken its toll, the guys can go months without talking to each other and pick up the phone in a moment’s notice to help the other one out. The relationship extends way beyond basketball.

“In the last few years, both of us have unfortunately lost our moms,” Hill said. “Those were also times where we really had to be there for each other.”

These two former Grangers have morphed from scrappy young boys on the court to leaders and mentors for hundreds, if not thousands, of boys and girls across the years. It all started under the stewardship of former LaGrange coaches Dick Shrewsberry and Russ Wheless. Shrewsberry — a LaGrange legend that coached the Grangers to their only boys basketball state championships in 1963, 1965, and 1977 —  stepped aside. Wheless took over and helped guide these young men in their formative years.

“I remember lots of things about both guys,” Wheless said. “Both guys played the same position for me. Both were wings and were different kinds of players and individuals.”

Wheless believes that they would both be three and D players in the modern game of basketball, but did not give them full license to chuck up deep shots back in the early 90s.

Wheless passed on his experiences and knowledge and seeing these two former players take that knowledge and expand and expound on it is one of the true gifts of being a coach.

“These two guys have gone on to be fine husbands, fathers and great all-around young men,” Wheless said. “You don’t go into coaching thinking about coaching trees, but it tickles me pink to see these young men be so successful.”

The long and winding road leads to Monday night’s showdown. When Blackmon was first introduced to the idea of playing GSU in the opening game of 2022, he jumped on it.

“I want us to really compete and if we really compete, everybody in the building will see what we are made of,” Blackmon said. “College is about the experience, not just playing. This is a big opportunity for the program to play in a Division I school’s new arena. This will be a part of making history, and that’s what I want for the team, to make history.”

While each team will be going out on the court Monday with thoughts of winning, only one will come out victorious, but the bond between these two exemplary representatives of LaGrange will remain strong regardless of what the final score reads in Atlanta on Monday.

“He has great values and integrity and treats people right,” Hill said. “A lot of people get into coaching because they think they can make a bunch of money, but that is not why he’s in this game. He is in it for the people.”

Wheless and Hill have crossed paths over the years. While Blackmon and Wheless have messaged back-and-forth, their eyes have not locked since the early 90s. Wheless plans to attend the game on Monday and a reunion 30 years in the making might just play out for two Grangers in Atlanta.

“I didn’t realize he planned to be there, and I have not seen him since I left high school,” Blackmon said with a laugh upon finding out Wheless plans to attend the game. “I’m super excited to see him again. I have chatted with him on Facebook over the years, but I don’t know how I will react when I see him.”

Monday promised to be a sweet reunion for three faithful servants of LaGrange High. While their lives and careers have taken the three men on separate routes, the bond they share is unbreakable by distance or time.

“I had no idea he was getting into coaching, and he had no idea I was back in the day,” Blackmon said. “It wasn’t always his plan, and my plan didn’t alway go the way I thought it would. I wanted to coach but didn’t know it would happen. Hill carries himself with such a strong demeanor and always willing to help regardless of the situation. He’s helped me with so much more than just basketball. He’s helped me with life.”