Party like its 1987: Troup legends reminisce on school’s last region title before 2022 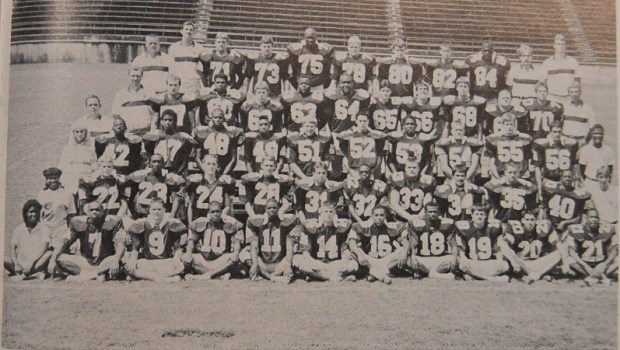 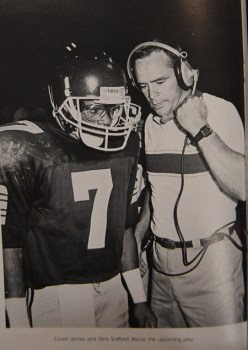 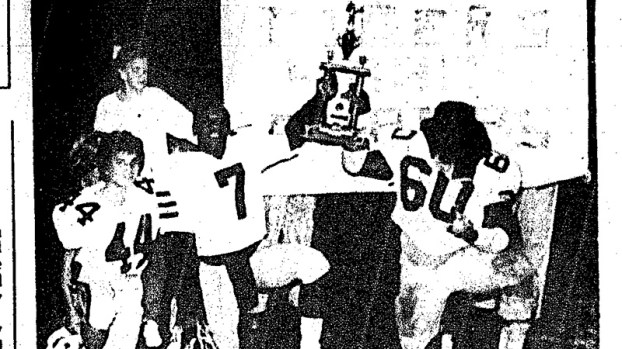 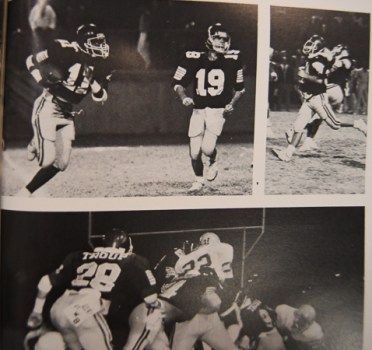 35 years. That is how long the region title drought lasted before Troup broke through with a region clinching victory over Trinity Christian on Oct. 28, 2022.

35 years is a lot of time. Ronald Regan, George Bush, Bill Clinton, George W. Bush, Barack Obama, Donald Trump and Joe Biden have all sat in the oval office as the Tigers fought year after year for a regional title and came up just short.

Going into the 1986 season, the Troup football team had just one region title to its name — back in 1972. The landscape of Troup football was about to change forever when West Point High School merged with Troup County Comprehensive High School to give the Tigers a much needed shot in the arm.

After limping to a 6-4 record and missing the region tournament in 1985, the merger was just what was needed to spark the Tigers to life.

“We were a little nervous at first about gelling these two teams together,” ‘86 senior Brent Kemp said. “It was anything but that. It went great. Their guys battled our guys, and coach (Steve) James did a great job of pulling us together. We had summer camp at West Point on purpose. He took us to have camp at their schools because it was the first year they would be at our school. It was a pretty good idea looking back.”

The merger was surprisingly seamless on the gridiron. There was a competitive spirit amongst the team, but it never boiled over into something more than that. Claude Giddens was in his first few seasons as a coach and got to witness the meteoric rise of the Tigers in 1986 and ‘87.

“There was a ton of excitement in the air during the spring of 1986,” Giddens said. “Those ‘86 and ‘87 teams were really good football teams. West Point had a lot of skill players and a lot of speed. We rolled through ‘86.”

The 1986 Tigers team fell to rivals Manchester 14-7 in the opening game before rattling off 11 wins in a row with all but one win coming by double digits in that stretch. The Tigers won 11 games that season, which was a school record until Tanner Glisson’s Tigers broke it in 2020 by making a run to the state semifinals.

“That first game against Manchester we lost 14-7, but they did not get the ball across midfield the whole game,” former Tiger wide receiver Paul Knox said. “They got two turnovers. One was inside the five and the other was inside the 20, and they scored on both of them.”

Football has always been a game of fine margins. Before offenses started operating out of the shotgun and spreading the ball around, the margins were even thinner. The Tigers remained unphased by the early season loss to produce what was then the best season in program history. Unfortunately, it was cut short in the quarterfinals of the playoffs in which they lost to Worth County 22-7. Worth County went on to reach the AAA state finals that season, losing to Villa Rica.

“That Worth County team was stacked,” former Troup defensive back Wade Cottle said. “They had a running back that went to LSU and players that went to Auburn. They were good, and they were fast.”

Despite the shortcomings in the state playoffs, the Tigers made major strides in 1986.

Woodward Academy was the team to beat back in that day. Woodward could recruit and the Tigers were unable to beat Woodward from 1973-1985.

An 8-0 win in the opening round of the region tournament was sweet relief for the Tigers.

The ‘86 team was led by all-state duo Tommy and Tony Cox. Tommy — a running back — was immense, but it was linebacker Tony that was the real standout. He went on to play college football at the University of Alabama.

The ‘86 team had offense, but its defense was just as fearsome if not more so.

“It started back in ‘86 where if you got a big hit, you got a gold stripe on our helmet,” Cottle said. “That was for the defense only. Everybody wanted to get them a gold stripe and by the end of the season nearly every defender had a gold stripe. I was able to get me a stripe in our playoff game against McIntosh.”

The ‘87 season started much the same as the ‘86 season. The Tigers fell in the opening game to Manchester. The Tigers won five straight games before dropping three of their last four games of the regular season with all the losses being shutouts.

“Me and Dino (Stafford) got hurt and missed about five games,” Knox said. “We lost to Woodward Academy and Lithonia that year in the regular season and came back and beat them in the region playoffs.”

Stafford was an honorable mention for the Atlanta Journal Constitution All-State teams in both 1986 and 1987 before embarking on a collegiate career at Middle Tennessee. His absence was notable during the season and his return for the playoffs was crucial.

The pivotal game of that season proved to be on a cold fall evening on November 27 1987. Riding the high of a win over Woodward, the Tigers marched into Lithonia High with bad intentions. Stafford led a long touchdown drive in the second quarter to get the Tigers the lead. Stafford and Knox torched the defense on a scoring drive late in the third quarter to give the Tigers a critical two score lead.

It was the defense that truly propelled the Tigers to a victory that night. They forced five turnovers and held Lithonia to under 150 yards of total offense.

“We let the game situation dictate what we did,” James said after the game in 1987. “I’m just tickled with our second straight region championship. It all goes back to having great athletes and great assistant coaches.  This football team has overcome a lot to be champions. They deserve it.

Legendary figure in Troup football history, Bubba Jeter — who served as head coach of the Tigers from 1999-2000 and 2006-2009 — came on board for his first season of coaching back in 1987. While others were helping Troup to its second region title in 1987, Jeter was set to capture his first and only region title as a coach or assistant coach at Troup.

“A lot of Friday night’s that year I was out scouting for them,” Jeter said. “Whatever I was asked to do back then, I did as a first year coach.”

The Troup teams in the late ‘80s had a special sort of bond. It was more like a family than a team.

“It was a good nucleus of players and I still stay in touch with some of those guys now, even some of the West Point guys,” Kemp said.

The patriarch of the family was James, who coached Troup from 1983-89. James guided the program through a transitional period and produced some of the most iconic seasons in Troup football history. With 47 wins, he trails only Glisson for the title of all-time winningest coach in program history. He is still the only coach in Tiger history to win two region titles as the other 14 coaches since 1956 have combined for two region titles.

“The kids loved coach James,” Giddens said. “I’m forever grateful to him for giving me my first job and getting my coaching career started.”

After 1987, nobody associated with the Troup program thought it would be 35 years without a region title, especially after what was established in 1986-87. The Tigers played for a region title on multiple occasions and reached the playoffs 20 times from 1988-2020, but the title remained just out of reach.

“There’s been a lot of good talent that has come through Troup since then,” Cottle said. “I’m not sure why they went on a dry spell.”

The Tigers had a region title drought from 1988 until 2021 that was finally ended when the Tigers captured a region title on Oct. 28 of this year. Troup made two trips to the AAAA state semifinals in that span but could not capture that elusive region crown.

“Winning a region championship is tough,” Jeter said. “We went to the (Georgia) Dome back for the final four back in ‘01. We were 8-2 in the regular season and Shaw High School ended up going 10-0 and winning the region but fell in the first round of the state playoffs.”

The 1986-1987 region title winning teams will not have to hear about being the last teams to capture a region title anymore. The 2022 Troup team has rewritten the history books. While the players from those Tiger teams are no longer suiting up in blue and yellow, the memories remain, and the impact those teams had on Troup High School still echo through the halls to this very day.