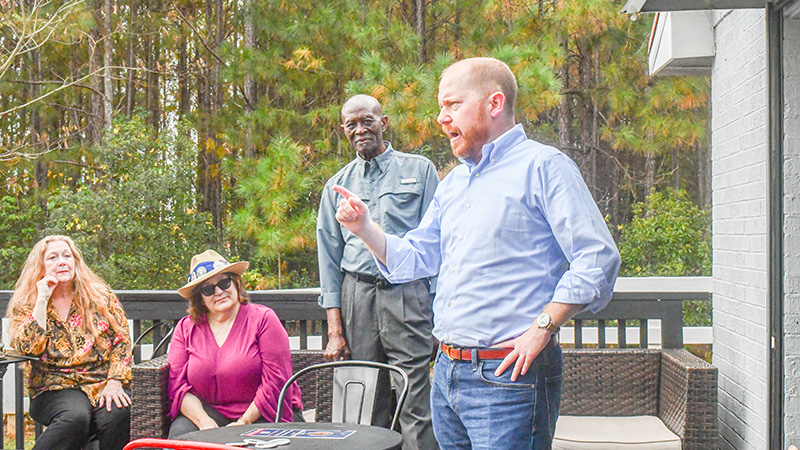 The lieutenant governor is the second-highest elected official in the state and the president of the Senate. They preside over debates in the Senate and work with advocates to introduce new laws. Should anything happen to the gubernatorial governor (i.e. sickness, incarceration, etc.)  the lieutenant governor takes over until either the governor recovers or until their current term is over.

“We’re all human beings. We all love our families,” Bailey said. “We all deserve the same dignity, the same safety, the same justice, the same opportunity to leave our kids a better life than the one that we had.”

Under the expansion of Medicaid, Bailey said he wants to expand Medicaid to the approximately 600,000 Georgians that don’t have healthcare and reopen the eight rural hospitals that have closed down.

“It’s hard-working people that don’t make enough to afford health insurance but make too much to get Medicaid. We’re going to cover those people,” Bailey said. “When we do that, it’d be the single biggest economic development engine we could start. We’re talking tens of billions of dollars into our economy and tens of thousands of new jobs.”

Regarding increasing teacher wages, Bailey said right now, teachers in the State of Georgia start off making $39,000 a year.

Regarding making technical schools free in Georgia, Bailey said under Democrat control technical college was free, but now due to right-wing Republicans that privilege has been taken away.

Bailey said he hopes that Georgia voters will see him as someone they can trust to work for them.

“I’ve spent my career using the law to get people justice and that’s what I will bring to the lieutenant governor’s office,” Bailey said. “I think we need that, as opposed to somebody like my opponent who thinks the rules don’t apply to him and is under FBI investigation for trying to overthrow the United States government. I think it’s a pretty clear contrast and the people of LaGrange and West Georgia can trust in a son of West Georgia to have their back.”