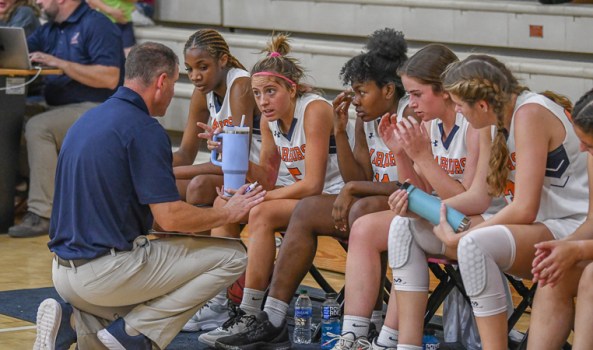 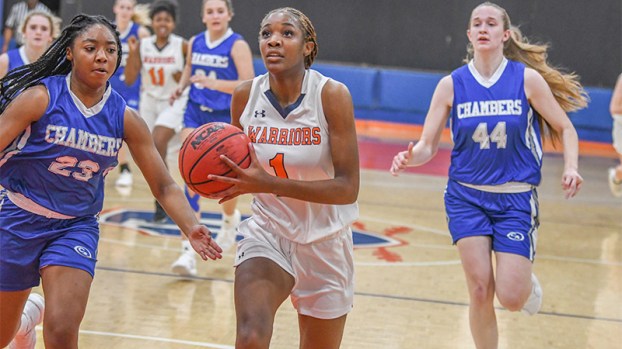 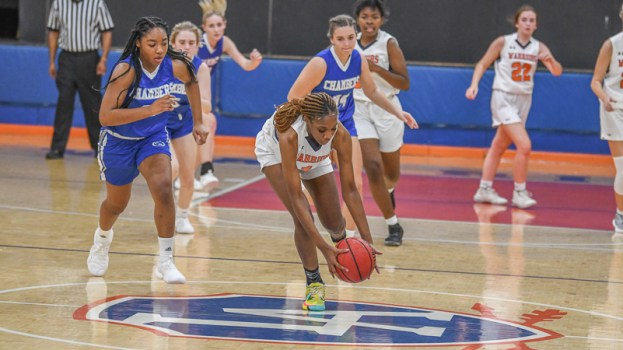 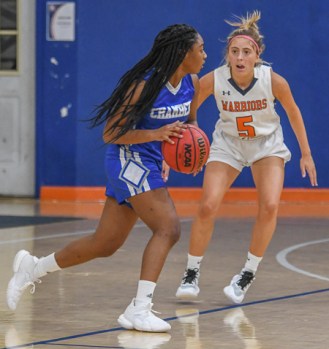 LaGrange Academy looked like it was in midseason form as the Warriors routed Chambers Academy 57-14 to tip off the 2022 girls basketball season.

“It feels good to be back in the first game of the season,” Warrior coach Ken Klinger said. “Some of the teams we play don’t have a girls team so I appreciate Chambers coming up to play us.”

Tuesday night was the Jazmin Thornton show. She could not be contained as she scored a career high 41 points including a blistering 21 points in the first quarter alone. She outscored Chambers in every quarter of play by herself. It was not just one move that was getting the Rebels to bite. She canned three triples and only three free throws as she was putting the ball in the basket all over the court.

“We did a great job in transition and really created some easy scoring, especially for Jazmin who had a career high 41 points tonight,” Klinger said.

In fact, Thornton was one of only three Warriors to score in the game as the team rode the hot-hand approach.

Senior Kayla McBride had 11 points and was the second leading scorer in the game. The other Warrior to get in the score column was Anna Beth Kinnersley with five points.

The girls are starting to gel together in Klinger’s third season in charge of the team.

“The majority of them have been playing together since the sixth grade,” Klinger said. “They are starting to come together now. This is their time. They are juniors and seniors now.”

For the Rebels, it was an opening night of misery. The game was decided long before the final whistle as they trailed by 20 points after the first quarter. Mackenzie Gilliland led the Rebels in scoring with six points. Like the Warriors, the Rebels only had three scorers in the game with much less damage caused by each one. Kelsea Harmon had five points while Olivia Daughtery ended the game with three points.

It seemed like there was a lid on top of the basket for the Rebels as they could muster just three made baskets in the game — all of which came in the second half.

The teams will start on the opposite ends of the spectrum as LaGrange Academy improves to 1-0 to start its season while Chambers Academy starts the 2022 season 0-1.

“I learned about the girl’s toughness and resilience,” Klinger said. “We talk about playing the next play and not playing the score. We could have easily gotten lackadaisical jumping out to a big lead, but we played like we were behind the whole time instead of ahead.”