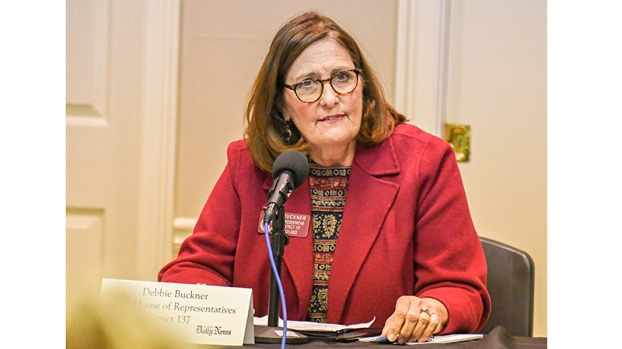 Buckner won 12,701 to 8,129, according to the secretary of state’s website. Buckner dominated Muscogee County but Rickett won both Troup and Meriwether County. Talbot County results were unclear as of this time of this report.

Buckner said that it was an honor and a privilege to be able to serve, help people, solve problems and work together with the state to come up with good solutions.

“I’m looking forward to being allowed to help in the community — to do that again and more,” Buckner said.

Buckner said with Speaker David Ralston deciding to not run for reelection there will be major changes in the House.

“We will have turnover from a lot of people that chose to run for higher office so, there’ll be new chairman of committees and that kind of thing,” Buckner said. “The organization of the new House will take up some time and will be a great interesting concern to all of us.”

Bucker said in her next term she plans to tackle issues revolving healthcare, education and safety.

Buckner said the state has had 10 small rural hospitals close and needs to be able to produce more healthcare professionals.

Bucker said there have been issues with teachers saying they may decide not to keep teaching due to lack of pay and fearing illness.

“I want to make sure that we are doing a good job of providing safe learning environments for children and have safe communities,” Buckner said.

Rickett said he was happy to see the voter turnout.

“Regardless of what party you are affiliated with, it’s always important for everyone to exercise the right to vote,” Rickett said. “It was my first time running for office and having the financial backing of an incumbent and running against an incumbent that’s been in office for 20 years is definitely a difficult task, but it was challenging but was actually very exciting.”

Rickett said it was wonderful to get out and meet everyone in the community and hear their concerns.

“We need to get back to our community and the best way we can build it up and make it stronger again, regardless of any party affiliations,” Rickett said. “Not everyone is going to agree on everything, but one thing we should be able to agree on is we want what’s best for our families and our communities.”