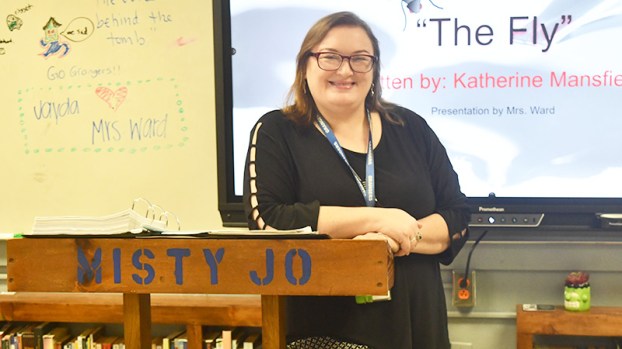 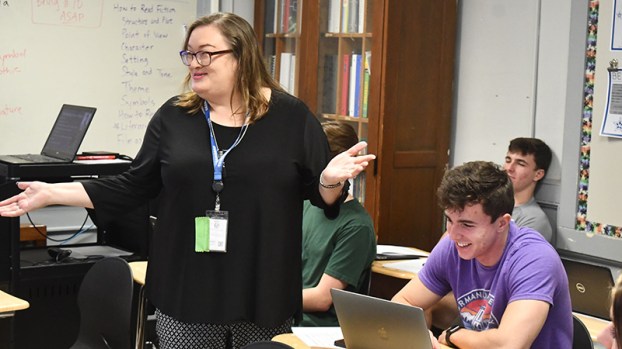 For Misty Jo Ward, becoming an educator took a few redirects before the call of teaching brought her to LaGrange High School in 2002.

Ward, who was recently named one of LHS’s teachers of the year, was the teacher of the year in the 2008-2009 school year alongside Principal Jamie Bozeman.

When she was younger, Ward knew she wanted to work with people and initially sought out being a veterinarian before landing on social work.

“Once I got into that, I learned that maybe I was a little overly emotional. I didn’t know if I could handle the weight of that kind of job,” Ward said.  “I was always interested in English, reading — actually math too — and thought maybe I should become a math teacher but leaned more toward literature and English.”

“It helped that I loved reading, literature and just all parts of it,” Ward said.

Ward said the most fulfilling part of teaching is the fact that she genuinely enjoys her job.

“I love coming to work every day and spending my day with these young people who I learn so much from every day,” Ward said. “I know that this is what I would be doing regardless, no regrets, no changes. I’m doing what I’m supposed to be doing.”

In her 20th year of teaching, Ward said under the leadership of her first principal, Steven Cole, she was molded and grew into the educator she is today.

“He [Cole] motivated me, mentored me, and encouraged me,” Ward said. “Because of that early leadership, it made me want to be a better, stronger teacher. I think that early mentorship meant a lot to me and made me feel like we as a school are only going to get better and stronger.”

Ward said along with the early mentorship she had, the connections she’s made among her colleagues in the English department helped her grow as a teacher.

“We are like a close-knit family,” Ward said. “I know I can call on them for anything, and it’s really a cool feeling to come to work and feel like you’re with family.”

Ward said she is grateful to have the job she has and the opportunity to come to work every day and share it with people who are like-minded, care for kids and want to be here for the right reasons.

If Ward wasn’t an educator, she said would either be in theater or a profession that involves helping people.

Outside of teaching, Ward likes to spend time with her friends and family. She also likes to go outdoors with her husband John Ward.  She is also a part-time beekeeper and is the proud caregiver of ten chickens and two goats.