Playoff Preview: Troup Tigers look to wash the taste of defeat out of their mouths 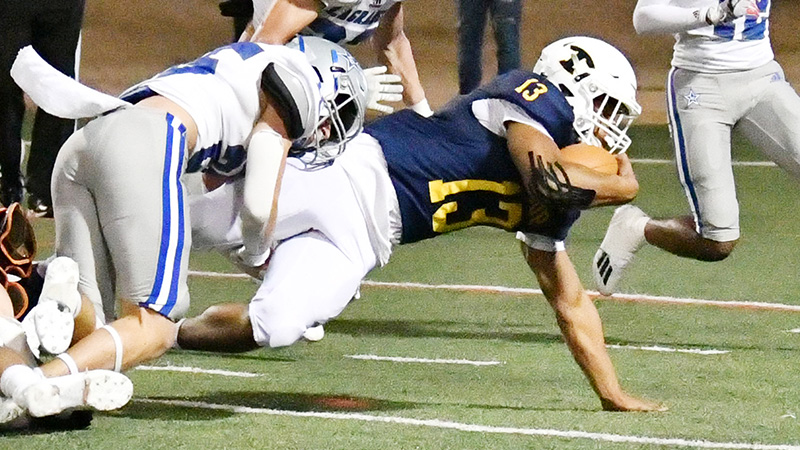 It has all been leading up to this.

After the highs of capturing its first region title in 35 years followed by the lows of losing its only game on the season to bitter rivals LaGrange, Troup is in playoff mode.

It will be an entirely new face for the Tigers, who have never played against New Nampsted in program history.

“They are in a very difficult region like we were,” Glisson said. “They had to deal with Bendictine, Wayne County and Burke County. It is very similar to our region.”

The Phoenix are led by senior quarterback Paul Seeley, who is departing for Wofford after the conclusion of the season.

“Their offense in general is one of the better passing offenses in AAAA,” Glisson said. “Their quarterback is committed to Wofford, and he’s a big deal. They are a really good football team.”

The Phoenix went 6-4 overall for the second year in a row but made the playoffs as a third seed a season ago when they lost 33-31 to Cairo in the first round of the AAAA playoffs. This year they are a four seed and will have to make the journey all the way up from Savannah.

Glisson has been taking a “we, not them” approach all year. He will be focused on cleaning up some of the mistakes that plagued the Tigers in their lone loss of the season last week.

Despite the losing effort, Troup quarterback Taeo Todd was once again sensational. Todd accumulated 1,486 yards passing and 1,354 rushing yards and 35 combined touchdowns. The junior could be well on his way to the AAAA state player of the year.

The offense is centered around Todd, but at its peak effectiveness it is not only about Todd. Breakout junior Logan Sinkfield has been everywhere for the Tigers this season. Sinkfield is second on the team in receptions (18), yards (440) and receiving touchdowns (5). The explosive plays do not end there with Sinkfield. He is fourth on the team in carries and has rushed for 187 yards on the season. That combined with the fact that he went 9-for-14 for 69 yards and touchdown shows teams how much of a swiss army knife he really is.

He is not the only playmaker on the outside of the Tigers. Qua Moss leads the team with 23 receptions, 598 receiving yards and seven receiving touchdowns this season. Malikih Poythress gives the Tigers a dangerous third receiver and has 17 catches for 251 yards this season.

Tray Blackmon and Javari Fannin will get most of the reps out of the backfield going forward. Blackmon was second on the team with 363 rushing yards and Fannin was third with 301 yards.

“When you put up about 500 yards of total offense and over 30 points, you feel like you should win the game,” Glisson said. “We did a lot of undisciplined things last Friday.”

Defensively, the Tigers have been equally as stout. Qua Birdsong leads the team with 59 tackles and 10 tackles for a loss. The four star pass rusher can disrupt a game plan at any moment and will have to be accounted for by the Phoenix as the Tigers will look to neutralize the aerial attack. Four star safety Noah Dixon has also been a big part of the Tigers defensive dominance. He has 42 tackles on the season and patrols the middle of the field like a center fielder.

Qua Moss and CJ Sands served as the primary corners this season and produced excellent seasons but will be tested this Friday in ways that have not been so far this season.

“We can’t go out there and say we’re the region champs and show up, and it’s going to happen for us,” Glisson said. “That is not the way things go. You have to go play. We did not play our best football last week.”