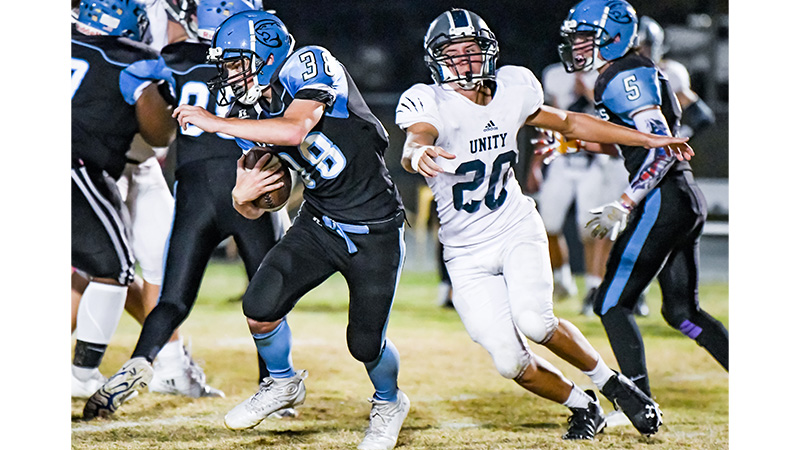 It all comes down to this.

After working all season to get the first round home playoff game, the Lafayette Christian Cougars are hoping to enjoy the fruit of their labor when they take on Young Americans Christian Friday night.

“Technically everybody is now 0-0,” Cougar coach Jerd Pike said. “Everybody here earned their spot in the playoffs. I expect us to not think about the losses and go out there and put on a good show Friday night.”

The Eagles come into the game 5-4 and finished third in their region, which proved to be a big turnaround from the 1-8 season they suffered through in 2021. The Eagles come in riding a two-game win streak while the Cougars dropped their final two games of the season.

The teams share three common opponents this season with both teams losing to Sherwood and Unity while both beat New Creation by double digits.

“It should be a competitive game,” Pike said. “They have a tall quarterback and like to throw the ball around. We would have to be able to defend that.”

The defense will be called on to neutralize a potent aerial attack. One thing that the Cougars have going for them this week: health. After having multiple guys miss last week and practices this week with the flu and other illnesses and injuries, it looked like the Cougars should have almost their full arsenal on Saturday. This will be huge for both sides of the ball, but especially the defense that has had to deal with a bunch of turnover this season due to injuries.

Cal Evert has been the man on that side of the ball. He leads the team with 61 tackles, 13 sacks and 10 quarterback hurries. He also has two forced fumbles and a pass breakup.

Braden Firth has been playing on defense over the last few weeks and has also made a big impact since then with three interceptions and two forced fumbles.

Offensively, expect more of the usual.

“I think we will be able to run the football on them,” Pike said. “Our plan is to be able to get the run game going. We’ve had some struggles the last couple of games.”

Ephraim Snyder will be the workhouse back and with a big game on Friday could eclipse 2,000 rushing yards on the season. Snyder is up to 1,765 rushing yards and 28 touchdowns. Last Friday’s game was rough for Snyder as he got sick during the game and tested positive for the flu the following day. He should be back for the opening game of the playoffs.

Brandon Davenport will play a role in the run game as well as he will be the de facto no. 2 running back.

“It’s hard to know how good we are because we haven’t had a single game this season with everybody healthy,” Pike said.

The passing game is centered around the connection of seniors Andrew Hough and Firth. Hough threw for 1,316 yards and 15 touchdowns this season despite missing a game. Firth missed the opening three games of the season but was still able to generate 502 receiving yards and eight touchdowns during his final regular season campaign for the Cougars.

On paper, Friday night’s game looks to be an evenly matched affair. That is why home field advantage is so important and the Cougars put in a full regular season of work to get that opportunity.

“It is super great to have this at home, so we don’t have to drive up to Conyers,” Pike said. “Just not having to get on the bus and not having the buslag is great. Playing in front of the home crowd and keeping a routine is great for our team.”