Hogansville Jets get ready for the Textile Bowl 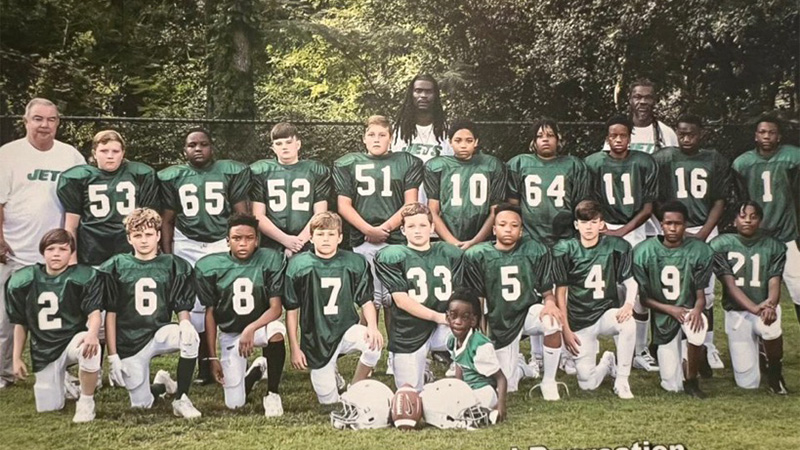 The Hogansville Jets are on the verge of battling it out with Johnny’s Pizza youth football team for the Textile Bowl on Monday night.

“I’m not used to having this many kids,” Jets coach Quantavius Leslie said. “We are a big and physical team. We also have a lot of speed. We have a bunch of athletes that are willing to do whatever it takes to win.”

This was Leslie’s first year coaching the 12U level and some of the players from his youth teams from previous seasons were on the Jets this year. This sort of continuity has helped the Jets to an undefeated regular season, including a win over their opponents in the Textile Bowl.

The Jets are talented enough to pound the ball between the tackles with a physical run game while also getting their speed guys out on the edge and in space.

Defensively, Hardaway and Russo — the starting linebackers — will be the two guys to watch as they fly to the ball.

“[Russo] might be the smallest guy in the league, but he plays with a big heart,” Leslie said. “You will see him making some plays on defense Monday. He doesn’t back down. I have not seen anybody get past him yet this season.”

This is the biggest team that Leslie has ever coached in his four years as a head coach with the parks and rec department. It did not happen overnight. He got the word out and tried to attract as many 12U football players to his team. It worked, and it helped that Leslie has a great track record with the parks and rec department.

Previously, Leslie coached the 9-10 year old team where he could go in the huddle and call plays. At the 12U level, coaches are no longer allowed to do that. At first, it presented some challenges for Leslie and the team, but they were quick to adapt as they finished the regular season with the best record in the league.

“Last year, we didn’t have a 12U team,” Leslie said. “They wanted to get one started this year and needed a coach, so I moved up.”

All the talk and preparation is almost over. The biggest game of the season is all that remains for these two teams.

“This is what all the kids have been talking about since day one,” Leslie said. “The majority of these guys were on my 10U team that won the Textile Bowl last year. They are anxious to repeat.”

It has been a grind to get here. The Textile Bowl is set to be played on Monday at Callaway Stadium.

“We had a great week of practice leading up to it,” Leslie said. “I’m expecting them to go out and do what we usually do and that’s handle our business.”