LaGrange falls to Burke County in opening round of the playoffs 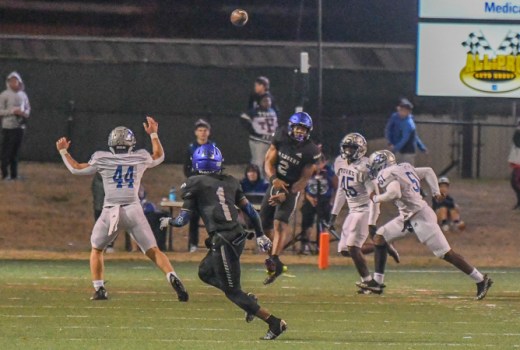 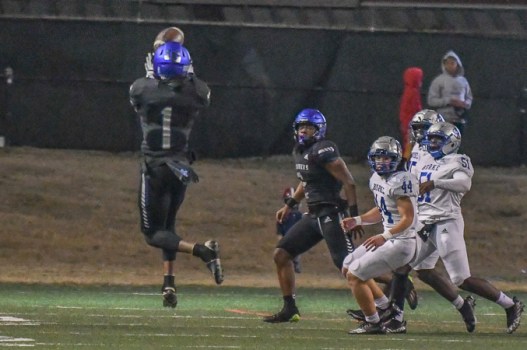 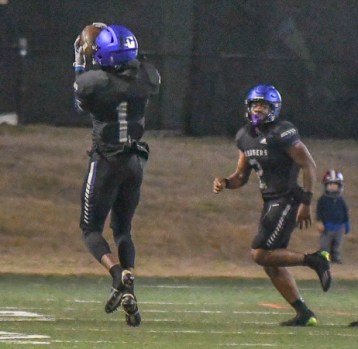 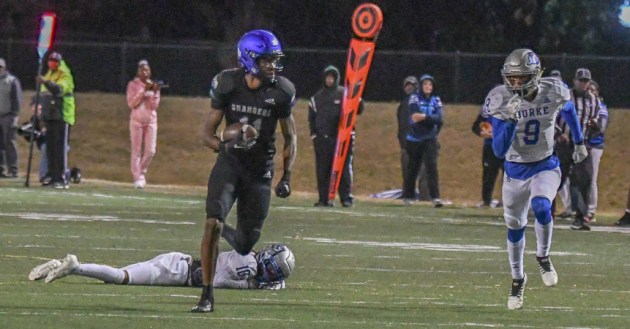 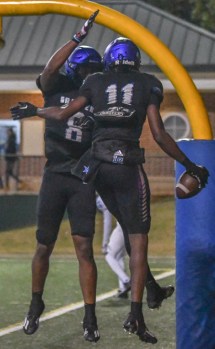 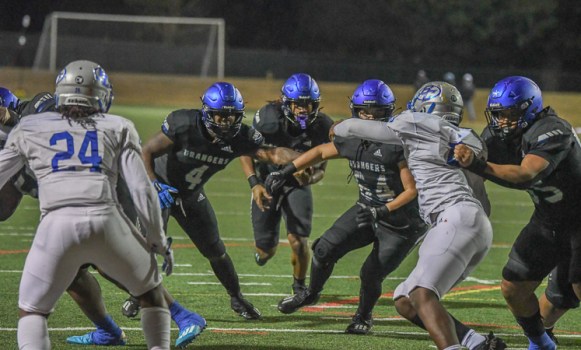 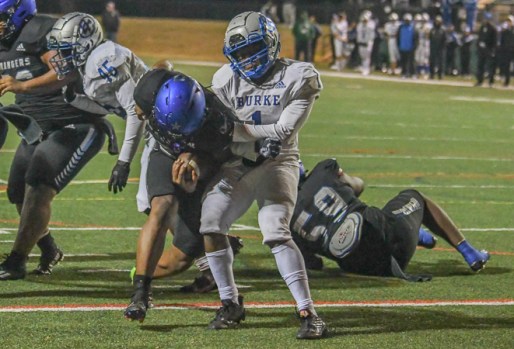 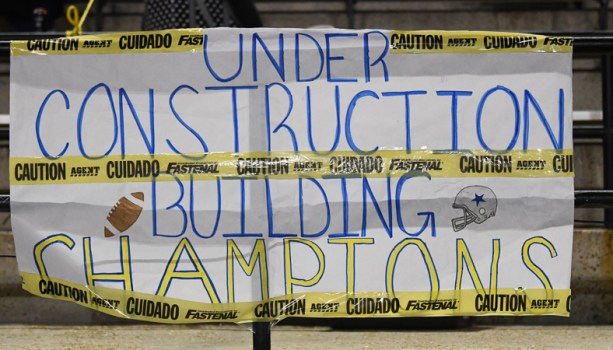 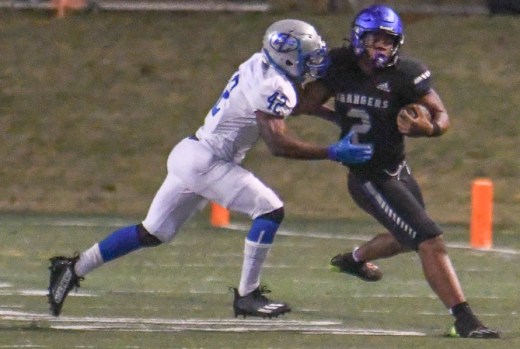 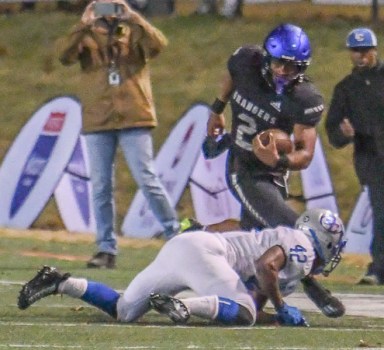 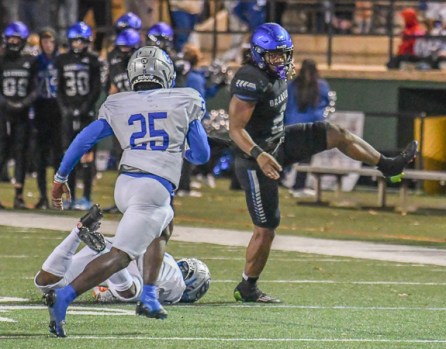 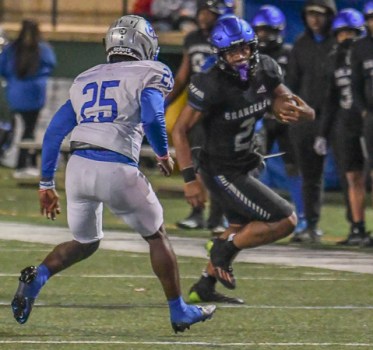 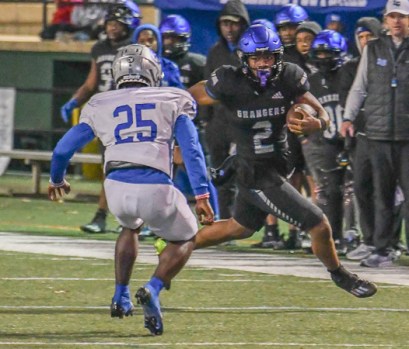 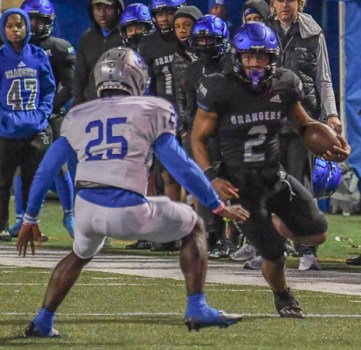 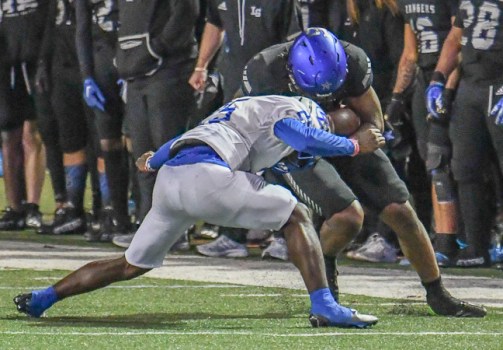 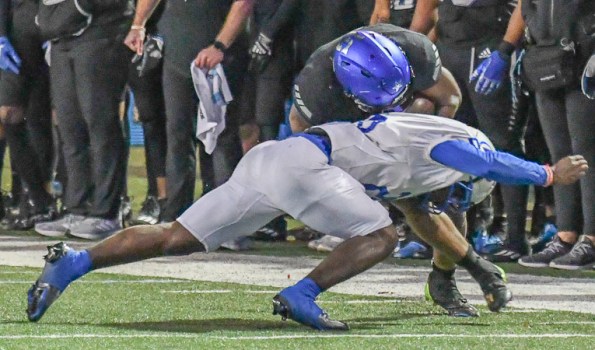 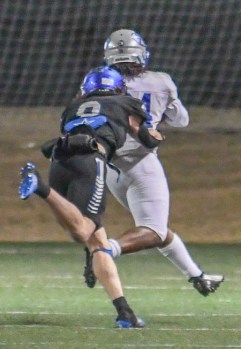 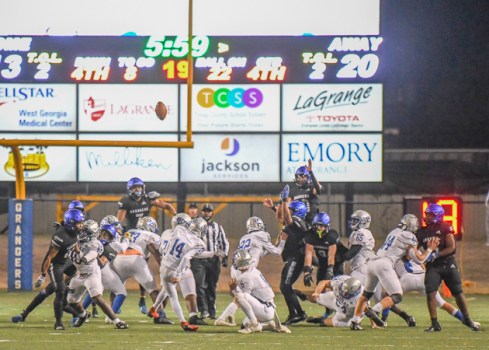 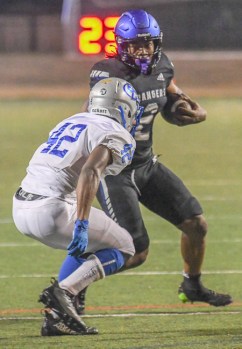 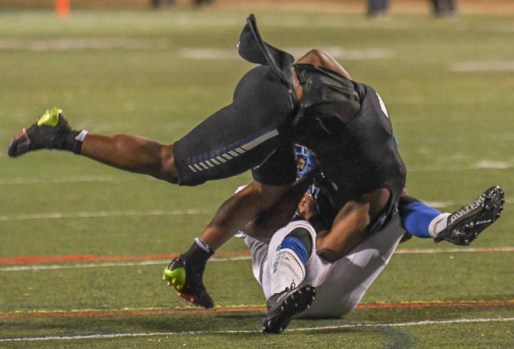 It was a chilly night at Callaway Stadium with no. 10 LaGrange hosting no. 8 Burke County in the first round of the AAAA playoffs. A back-and-forth game saw the Grangers lose a nail-biter 23-20.

“I’m heartbroken for the kids,” LaGrange head coach Matt Napier said. “I’m proud of their effort and everything they’ve done for our football team and our community is special. To go out like that breaks your heart for them.”

The game was exactly what you would expect from two teams ranked in the top-10 of AAAA. Every yard had to be earned.

It started with the Bears getting a touchdown to take a 6-0 lead early in the first quarter. It looked like bad might get worse for the Grangers when the Bears were driving in Granger territory up 6-0. A massive sack by cult hero Parker Shattuck — who produced the winning play to send the Grangers to the playoff last week against Troup — ended the drive and forced the Bears to punt.

The Grangers were backed up deep when senior quarterback Jaylan Brown uncorked a bomb to Jaylon Jordan on 3rd and 20 from the 5-yard line. Jordan hauled it in over his shoulder and left a host of defenders in his wake as he trotted 95-yards into the end zone. A missed extra point kept the game even.

Momentum was a pendulum that kept swinging back-and-forth, and it swung back in the Bears favor when they converted a 4th-and-2 inside the Granger 30-yard line. Three plays later the Bears took a jet sweep into the end zone to take a 13-6 lead with 4:26 left to go in the first half.

The Grangers had the answer once again in Brown as he carried the offense down the field.

“He has heart, work ethic and commitment,” Napier said. “He’s a special young man. He’s been a beast for us on Friday nights. I loved every single minute I coached him because I got to go out and see him do what he loves to do.”

He connected with J’Arthur Dunn on a 3rd-and-12 play that kept the Granger offense moving. A handful of plays later it was Brown powering his way across the goal line on a quarterback sneak with 1:20 left in the half.

It felt like the Grangers had momentum heading into the break tied at 13, but a fumble on the ensuing kickoff set the Bears up on the Granger 36-yard line, and they quickly punched the ball in to go up by seven.

The Grangers had a chance to tie the game with 44 seconds left in the third quarter when they ran a double pass, which would have likely gone for a touchdown if it had not been dropped.

The Bears nailed a 37-yard field goal with 5:33 left on the clock with the wind swirling around Callaway Stadium.

With their backs against the wall, Brown fired up the offense with a bomb to Jordan again to set up the Grangers deep in enemy territory. A Magic Johnson run set up the Grangers at the 1-yard line. On the ensuing play, the Grangers ran no huddle and ran a quarterback sneak to cut the lead to three with 3:51 left in the game.

The Bears got the ball back and picked up some critical third downs to salt away all the Grangers timeouts. They punted the ball back with just 33 seconds left in the game.

“They did a good job controlling the clock,” Napier said. “They controlled the clock and kept the ball away from us. They made some big plays down the stretch that really hurt us.”

Pinned deep in their own territory the Grangers could not get much going and an interception with under 15 seconds on the clock sealed the deal.

The Grangers finished the season 8-3.