Cougars are on the prowl: LCS earns big win in season opener 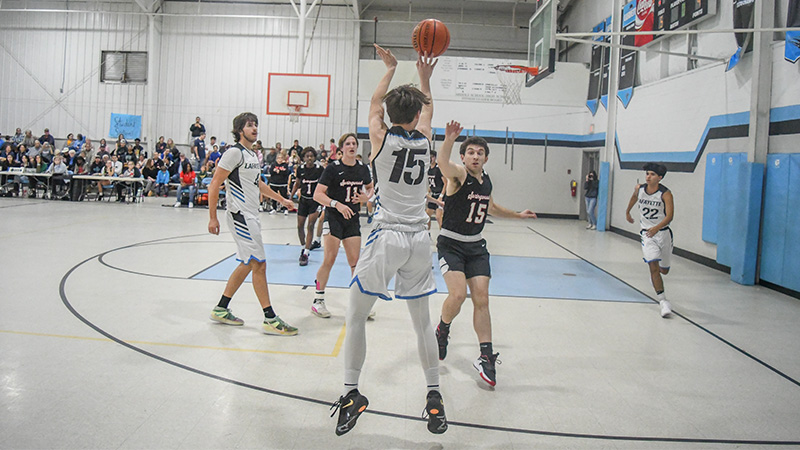 The Cougars were on the prowl.

In the opening boys basketball game of the 2022 season at Lafayette Christian, the Cougars cruised to a 72-58 over border rivals Springwood.

“I liked our defensive intensity tonight,” Cougar coach David Gisler said. “There was a lot of heart and energy on the side. I think that was the difference in the game.”

The Wildcats kept chipping away, cutting the lead to just seven points at the break. By the end of the third quarter, the Cougar lead was down to just two points despite leading a good portion of the first half by double-digits.

The fourth quarter was all Cougars who outscored the Wildcats 22-9 in a game that felt closer than it actually was. Bruno Tellez went on a tear in the fourth, dropping 10 points to outscore the entire Wildcat offense by himself in the quarter.

“I’m just so thankful and blessed,” said Tellez through a translator. “I hope the rest of the games will be like this one.”

After dropping 30 points on seven 3-pointers in his first game as a Cougar, why wouldn’t the young man want to sustain this level of energy throughout the entire season?

“He’s a game changer when he’s hitting shots like that,” Gisler said. “They all played well. We have a bunch of good ball handlers, shooters and a great post presence in Adam (Saylor).”

The whole team looked sharp, but Saylor’s presence down-low made the Wildcats rethink their defensive strategy early. He dropped nine points in the first quarter en route to a 19 point performance.

For the Wildcats, it was Eli Westbrook who lit up the scoreboard. He dropped a team high 21 points and his 11 in the second helped keep the Wildcats hanging around. Sophomore Micah Thomas dropped 16 points and came away with multiple steals as his pesky defense helped slow down the rampant Cougar attack.

Springwood took its first loss of the season and dropped to 3-1. The Wildcats will be back on the court Nov. 29 against Chambers Academy.

The Cougars start their season off with a bang. A big win over a talented Wildcat team is a positive first step for Lafayette Christian.

“If we keep playing hard on defense and can play that way on offense consistently, we have a big opportunity in front of us,” Gisler said.

Nobody is talking about the state championship yet, but after winning the region and state title back in 2016, the Cougars have not been able to replicate the same sort of success. Tuesday’s game could be a sign of a return to prominence for the Cougars.

Lafayette Christian will be back on the hardwood for an away game against Rock Springs on Nov. 29.