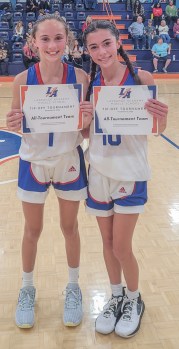 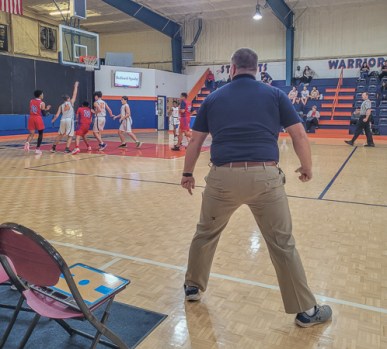 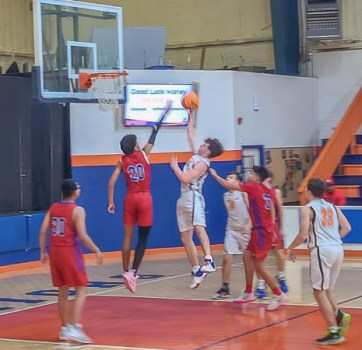 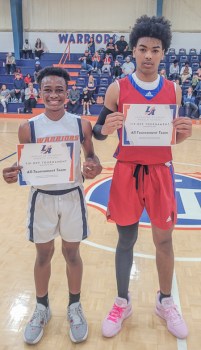 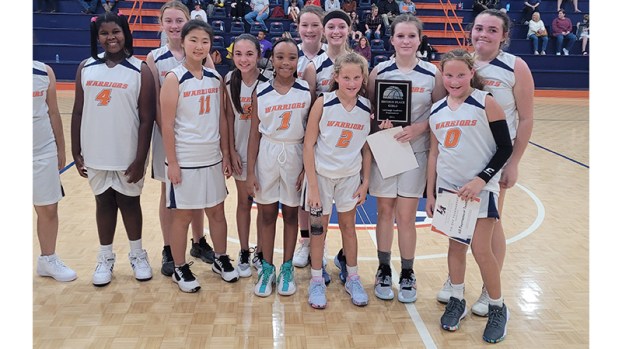 It was a middle school basketball bonanza at LaGrange Academy over the weekend. The Warriors hosted St. Anne Pacelli, St. Luke and Heritage for both boys and girls basketball.

The Warriors lost the first game to St. Anne Pacelli by a score of 55-11.

In the loss JD Render led the way with 5 points.

In an instant classic, it was LaGrange Academy who prevailed over Heritage 41-40

The Warriors were in deep trouble —  losing by 8 points heading into the 4th quarter.  The Warriors made four 3-pointers in the quarter to help send it into overtime. Grayson Salter and Render each hit two a piece.  JD made a 3-pointer with just 5 seconds left to tie the game to send it into overtime 35-35.  In the overtime, LaGrange Academy scored the first 6 points to take a 41-35 lead.  Heritage made a 3-pointer with 3 seconds to go to close the lead to one point.  Render was able to dribble out the clock to seal the win for the Warriors.  Owen Sells led the way with 15 points.  Render added 13 and Salter chipped in with 10.  The Warriors improved to 2-1 on the season. They will play again on Tuesday at St. Luke.

“Our guys bounced back with a great overtime win against Heritage after a tough first game,” Warrior coach Britt Gaylor said. “We did some good things in game one, but game two I thought we played to our standard of giving a great effort, playing together and playing aggressive. It was a great team win that the guys deserved.”

Render was the lone boys representative on the all-tournament team.

LaGrange Academy used some high intensity pressing defense to outlast Heritage 46-23.  The Warriors had six different scorers in the game.  Ava Edleson made three 3-pointers in the first half of the game and led the team in scoring with 13 points.  Marley Hand chipped in with 12 points. Four other players scored in the game for the Warriors.  Ella Grace Chamblee had eight points, Victoria Hulesy had six Points, Bailey Heflin had 4 points, and Hailyn Pierson had three points.

“Our Lady Warriors played an amazing first game.  Our best game of the season,” Warriors coach Ken Klinger said. “The defense was dominant and offensively we took care of the ball and made the correct passes to lead to easy baskets.  Forty six points is an incredible amount of points in a middle school game.  Was proud of how everyone played”

In the championship game, the Warriors ran out of energy late in the game and lost 27-23 to St. Luke. The Warriors had a ten point lead (21-11)  with around 3 minutes left in the 3rd quarter.  “Credit to St. Luke as they turned up the pressure in the second half and we were not able to handle it,” Klinger said.

St. Luke finished the quarter with a 9-0 run.  In the final period, both teams were tired but St. Luke was able to out score the Warriors 7-2 to win 27-23.  Hand led the way with 11 points.  Ava Edelson chipped in with six.  Also scoring that game for the Warriors were Chamblee and Heflin who each had four points.  St. Luke was led by tournament MVP Miya Wiggins with 12 points. Edelson and Hand both made the all-tournament team for the Warriors.

The Warriors fell to 2-1 on the season and will return to action on Tuesday, Nov. 14 with a rematch against St. Luke.