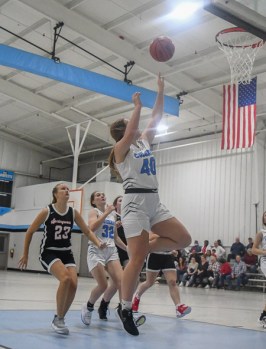 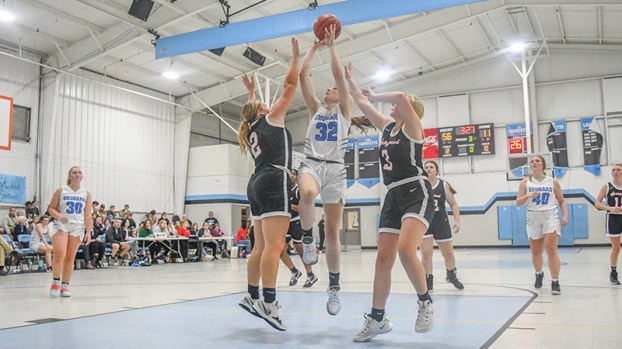 “I like the execution,”  Springwood coach Lisa Sampson said. “Offensively, we are doing some different things than years past. These girls have been doing what I ask them to do. We still have to get better, but that’s normal. I’m proud of where we are at.”

The Cougars are an inexperienced bunch and are going to have to roll with the punches early in the season. The team dressed six girls on Tuesday and three of them had never played competitive basketball before.

“I told them to not look at the scoreboard, it’s just the first game of the year and we have a lot of inexperienced girls,” said David Curry, the first year head coach of the Cougars. “It is just about getting them used to playing basketball and getting used to how it feels to play in a game.”

With the schools separated by less than 20 miles and a state-line, the gymnasium was packed to see the two schools matchup.

It was not much of a competition as the Wildcats took a 24-8 lead after the first quarter and then suffocated the Cougar offense in the second quarter in which they allowed zero points.

“The way we play defense is that we try to press and try to trap the ball,” Sampson said. “We need to use a lot of players and they are learning and I’m excited for them.”

After an opening game loss, it was a good bounce back victory to get into the win column for the first time this season. Tori Patillo led the way for the Wildcats with 21 points. Haley Hurst was second on the team with 12 points as the scoring was spread out among the Wildcats.

The Cougars were led by Camren Bridges who finished the game with a team high 12 points. AK Bakan was second on the team with four points. This was the opening game of the season for the Cougars and are still learning how to play with each other.

“We have a good group,” Curry said. “We are slowly getting there. Over the course of the whole season, we are going to improve. This was a good test for them.”

The Cougars fell to 0-1 on the season. They will have some time to analyze the game as they do not return to the court until they face Rock Springs on Nov. 29.

“The girls really want to play and they are really resilient,” Curry said. “They showed they wanted to be here and play, and I think that was a big step for me and for them.”

Springwood improved to 1-1 on the young season. The Wildcats got to deploy some of their younger girls and get them some valuable varsity reps.

“We had an opportunity to play with a lot of kids and that is a plus for us to get them some experience,” Samson said. “I think they are starting to catch on to what we are asking from them defensively.”

Springwood is back on the hardwood Nov. 29 at Chambers Academy.