Playoff Preview: LCS set to head to Albany on Friday with a spot in the state championship game on the line 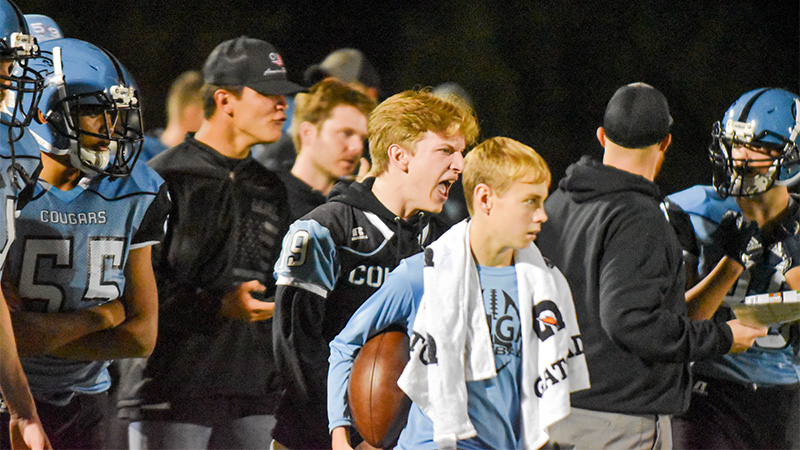 A spot in the championship game on the line.

Lafayette Christian has had a season full of ups and downs, but on Friday night they will have a chance to play in the GAPPS state semifinals against Sherwood.

“We played a great game against YACs Friday night,” Cougar coach Jarred Pike said. “It was a really tough physical game, and I’m hoping we can take that momentum down to Sherwood and give ourselves a fighting chance.”

The Cougars suffered a 63-18 to Sherwood just a handful of weeks ago in the regular season. Simply put, the Cougars were far from full-strength and are looking to make Friday an even more competitive affair.

“[The] team didn’t think we would be here,” Pike said. “With all the setbacks we’ve had — missing Braden (Firth) for half the season. We lost Alex Tusing, our leading receiver and rusher from last year to having guys out with the flu — we went into the playoffs as a two seed.”

After dropping the last two regular season games, the Cougars entered the playoffs on a bit of a down note.

“We played two horrible games in a row against Sherwood and Unity and I felt like they felt down and out, but they showed me something Friday night that I was happy to see. They showed some mental toughness and came ready to play and chase these state championships.”

The Cougars came out inspired last week against Young Christian Academy and controlled the second half to send themselves into the next round of the playoffs.

The Cougars will be happy to have leading rusher Ephraim Snyder who eclipsed 2,000 rushing yards on the season last week. It looked as if he was ejected in last week’s game, which comes with an automatic suspension, but it was downgraded to a personal foul penalty. The Cougars will need their bruising back, who carried the Cougar offense last week with five rushing touchdowns.

He was not alone as quarterback Andrew Hough threw for 150 yards in the opening round of the playoffs to give the Cougars a real balanced attack.

The defense has been led by Cal Evert, who led the team in tackles and sacks during the regular season. Evert had a monster sack on fourth down to force a turnover on downs in the third quarter of last week’s playoff game against YAC.

“He’s been with us a long time,” Pike said. “He’s a senior, and he really understands what’s going on. He’ll shut almost a whole side of the field down.”

Partnered with Eli Carroll as the other defensive end, the duo makes a formidable defensive presence, and they will need to be felt on Friday if the Cougars are to get the win.

Sherwood is a tough team to slow down. The offense looks simple on paper but can attack defense in a number of ways.

“They are like Tennessee, they are running a play every 10 to 15 seconds,” Pike said. “It’s just a triple option, or they will try to sneak somebody out of the backfield. The problem is they are big, and they can run the ball. The first thing we have to do is stop running up the middle.”

The game is scheduled to kickoff at 7:30 p.m Friday in Albany.