Playoff Preview: Troup is set for a Saturday showdown 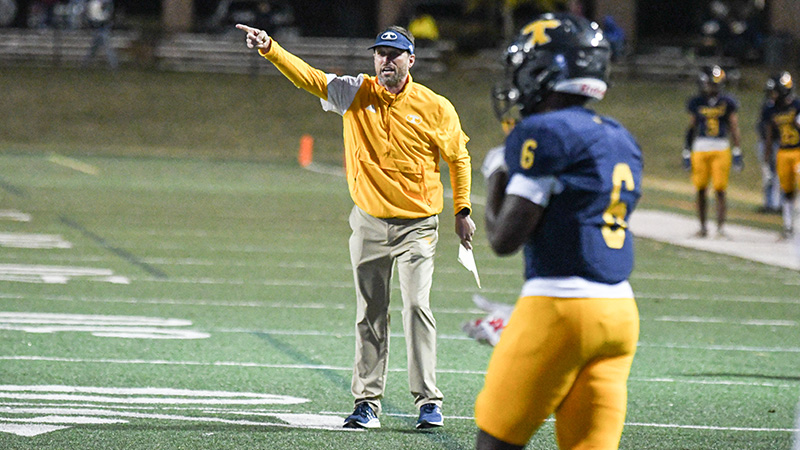 Troup is heading to the second round of the AAAA state playoffs after edging out New Hampstead in the first round last Friday.

The Tigers are set to host Cairo on Saturday, which gives the Tigers an extra day of preparation, but also give the Syrupmakers the same.

“We think that an extra day of preparation is really good for us at the moment as we have dealt with some injury issues and the stomach bugs,” Glisson said. “Monday was our day to clean up some bad habits, and Tuesday was a normal day of practice.”

Glisson’s Tigers have some history with the Syrupmakers. Back in 2018, the Tigers edged out Cairo 2017 in the quarterfinals in a classic matchup. That game was played at Cairo, Saturday’s game will be at Callaway Stadium which could have a monumental impact on how the game is played out.

“I think it’s tremendously important to get home field advantage,” Glisson said. “You can see every other team in our region is home right now. That no. 1 seed helps you.”

The Tigers and Syrupmakers also met in the first round of the playoffs back in 2008 in which Troup took a loss.

“Cairo is known for hard nosed tough football teams,” Glisson said. “They are 8-3. They are just a really good south Georgia football team. They are strong, run fast and love playing football.”

The Tigers obviously have their own dual threat quarterback that strikes fear in the hearts of opponents. Taeo Todd was sensational once again in the opening round of the playoffs as he connected on 12 of 17 passes for 177 yards and three touchdowns while adding 104 yards and a rushing touchdown on the ground. A total of 102 of his passing yards and all three passing touchdowns went to Logan Sinkfield whose connection with Todd in his first year as a Tiger has been a key ingredient for the Tiger offense.

“It’s been great — knowing that Sinkfield didn’t come in until after spring practice, so there was not a lot of time to get them in sink,” Glisson said. “That connection has been extremely important for us. Sinkfield is a real team player. He goes anywhere we ask him, whether it be backup quarterback, running buck, wide receiver or defensive back. He’s an all-around great kid to be around.”

Tray Blackmon has been a key piece of the offense puzzle as well despite being featured heavily on defense, He had 41 yards rushing and a rushing touchdown against New Hampstead to lead the Tigers running back department.

Defensively, the Tigers are led by four star recruits, Qua Birdsong and Noah Dixon, but it was CJ Sands who stood out in the opening round of the playoffs. He earned a tackle for a loss and an interception as he was asked to do a lot in coverage against one of the best passing offenses in AAAA.

The game is set to be kicked off at 4 p.m on Saturday at Callaway Stadium.