Elections board denies request by McAlexander, others for Sunday early voting in run-off election 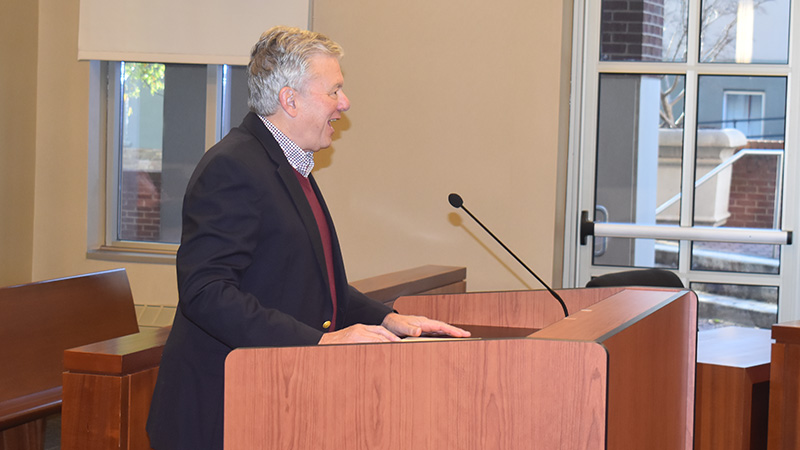 The Troup County Board of Elections & Registration has denied a request to allow one day of Sunday early voting during the upcoming run-off election.

Former LaGrange College President Dan McAlexander presented the request with others during the elections board meeting on Thursday, Nov. 17.

Georgia’s voting law was modified in 2021 to shorten the period for runoffs from nine weeks to four weeks after primaries and general elections. That combined with extended time to certify election results and the upcoming holidays has left little opportunities for early voting days.

McAlexander said Secretary of State Brad Raffensperger has interpreted a 2016 law that disallows Saturday early voting following a state holiday to disallow early voting on the only Saturday available because of Thanksgiving and the following Friday State Holiday, formerly known as Robert E. Lee Day.

The 2016 law prohibits early voting on Saturday following a state holiday on Thursday or Friday. McAlexander and others contend the law does not apply to the subsequently shortened run-off timeframes.

“That interpretation is being contested in the lawsuit as we speak, but the result is undecided at this point. I come before you today to consider exercising the option that counties are granted in the 2021 law to have Sunday, Nov. 27 as an early voting day,” McAlexander said.

“There are citizens in this county, as in all counties, hourly wage earners and those whose work schedules preclude their early voting during the work week during normal business hours, who deserve to be afforded the opportunity to early vote,” McAlexander said, noting as a retiree he is not among that group and can vote when he wants.

McAlexander explained that he isn’t asking for Sunday early voting for all elections, just this election due to the restricted calendar.

“Given the shortened timeframe and restricted calendar of this runoff, however, and the lack of any weekend opportunity at all, this is clearly a different situation,” he said.

“That is not an insignificant percentage, especially in a close election,” McAlexander said.

Board Member Paulette Hall said she was not in favor of adding the Sunday early voting day, suggesting that days could be added before Thanksgiving.

“We can do the 22nd and 23rd, which would be before Thanksgiving and use one of those two days. We could use those two days rather than doing Sunday,” Hall said. “I’m just opposed to voting on Sunday.”

Stump said Georgia Law requires that employers allow their employees time off from work so that they can vote.

“That may be the state law, but that does not always happen in LaGrange. People are not able to get off of work and a lot of people have been fired because they wanted to get off work to vote,” said former Elections Board Member Lonnie Hollis.

West Point City Councilwoman Deedee Williams said the lack of an opportunity to vote when they are off work placed an undue burden on some employees.

“As a human resources professional with one of the automotive companies in the area, a fairly large employer, I do speak from that perspective. Our employees can get off. They do work long hours, most of them 12 hours per day. They can get off. We follow the law in that regard. However, they’re not paid.

Williams said for some it comes down to a choice, do they vote or go to work to support their household?

Attendance policies are also a big issue for local manufacturing, so even if their absence is excused by law, their employees don’t want to be absent, she said.

Harper said that those who cannot or choose not to get off from work to vote can still vote via absentee ballot.

Ultimately, the elections board voted unanimously to keep the early voting schedule as planned and not add the Sunday voting day.

Early voting will be held at the Troup County Government Center on Nov. 28 through Dec. 2 from 8 a.m. to 5 p.m.