Athlete of the week: Jazmin Thornton is off to a scorching start for LaGrange Academy 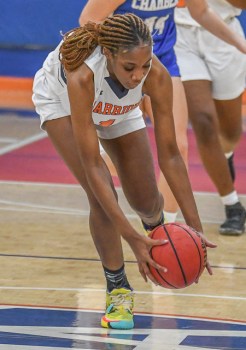 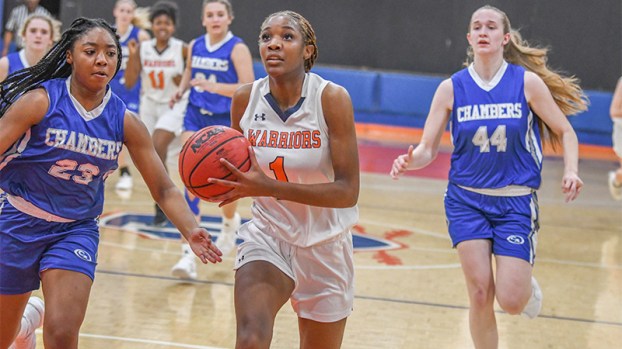 Athlete of the week Jazmin Thornton is a new face at LaGrange Academy. After starting her high school career at Callaway, she made the transition to LaGrange Academy this offseason. It has been a seamless transition both in the classroom and on the court.

“I was excited. I wasn’t really nervous,” Thornton said. “It was both on the court and off the court.”

Thornton is off to a scorching start for the Warriors. She dropped 40 points in her first game before dropping 28 in her second game — both in the same week.

This season, Thornton has been getting the majority of her points in transition. She is quick and uses her long wingspan to gobble up steals and turn them into quick points on the other end.

“Mainly I get most of my points this season from steals and on fast break layups,” Thornton said. “I can hit threes as well.”

She connected on four 3-pointers in the opening game victory over Chambers Academy. In the second game of the season, the Warriors trounced Ballard Christian. She showed the versatility in her game by not hitting a 3-pointer en route to a game high 28 points. The team is beginning to really gel now.

It has been a transfer about new opportunities for Thornton. She came in during the summer with her new team and locked in right away.

“I was excited and ready to see what everybody could bring. I came in ready to work together and try to get these wins,” Thonrton said.

“They all welcomed me like I had been there forever.”

It certainly helps that Thornton arrived into a healthy environment. From coaches down to players, the Warriors were in a good spot before Thornton arrived and are in an even better spot with her presence in the lineup.

What she does is score buckets. She is averaging 34 points per game across her first two games and is still adjusting to her new environment, which is a scary proposition for the teams the Warriors will match up with this season.

Thornton came in right away and slotted in as the Warriors small forward — the position she has been playing since she first picked up a basketball when she was a young kid.

“I have always played small forward because I’m tall, but I can still handle the ball,” Thornton said.

Thornton is a winner. She is coming off back-to-back elite eight appearances with the Callaway Cavaliers. She is hoping to take those experiences and translate them to even more success with the Warriors.

“I’m hoping to win state this year,” Thornton said. “Since I came here, we have established that we can win state. We have all the pieces.”

Her Warrior career is just starting. With just a handful of games under her belt, her senior season is still in its infancy. Thornton will be back on the court with the Warriors on Nov. 29.