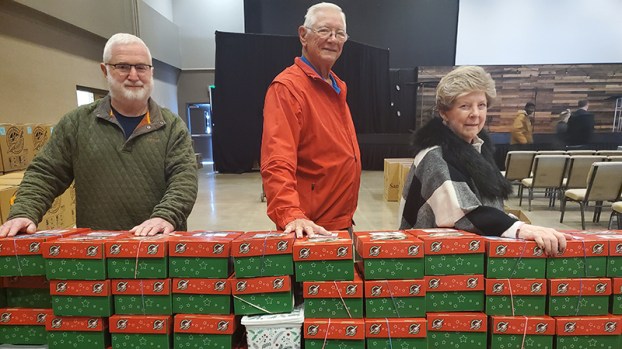 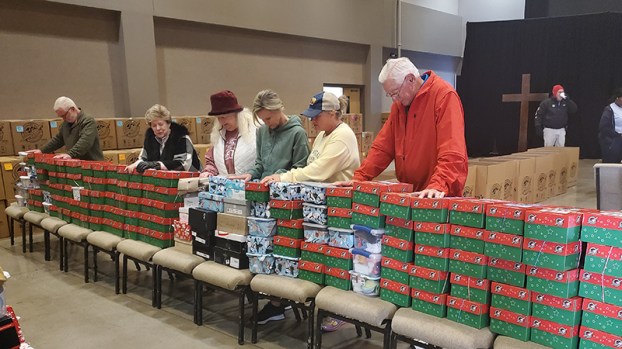 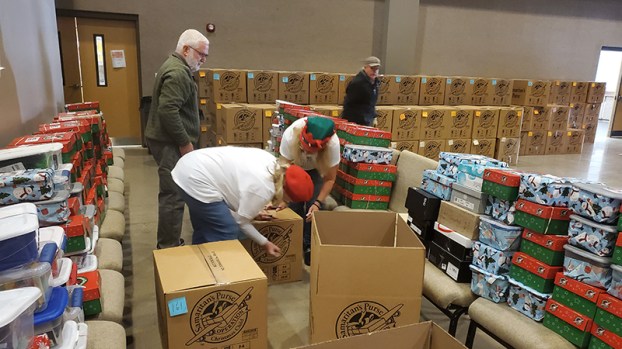 With Christmas officially 34 days away, local organizations and churches have begun pushing initiatives to make sure children around the world will have a good holiday.

LaGrange’s First Baptist Church on the Square and Western Heights Baptist Church served as the drop-off center for the Operation: Christmas Child program this year.

The church’s members put together 1,247 boxes and together with Western Heights they collected over 4,000 boxes from participating organizations and churches to be sent to children around the world.

Susan Kliesch, a coordinator for the program at First Baptist, said the church has been participating in Operation Christmas Child for around 10 years.

“The most impactful thing for me is realizing that this year Samaritan’s Purse will have sent their 200 millionth shoe box out since 1993,” Kliesch said.

Operation Christmas Child, a project by the international Christian organization Samaritan’s Purse, was launched in 1993 after the project’s organization chair, Franklin Graham, received an inquiry to fill shoeboxes with gifts for children in war-torn Bosnia.

The project has expanded since then, and as many 188 million boxes have been shipped to as many as 170 countries around the world, according to Samaritan’s Purse’s website.

Kliesch said seeing how the boxes impact children in need is rewarding.

“Hearing the stories of children who got a shoebox, how it impacted their lives, how they came to know Jesus as their Savior, how they tell other children about Jesus, churches being started— it’s the love of each person that packs a shoebox, the love of Jesus that these kids get to hear about touches my heart,” Kliesch said.

First Baptist acted as the coordinator and center that took in donated boxes from the Chattahoochee Valley and churches from all over Meriwether County to Roanoke, Alabama, said Cerie Godfrey, one of the coordinators for the program at First Baptist.

“It’s a blessing to collect this many boxes from our community,” Godfrey said.

Each box includes items like toys, puzzles, school supplies and toiletries. Some boxes even include religious literature in the country’s native language.

In recent years, the church has started to include water bottles in the boxes filled with toothbrushes and crayons and other miniature surprises.