Taking the next step: Pierce Manning signs to play Tennis at Duquesne University 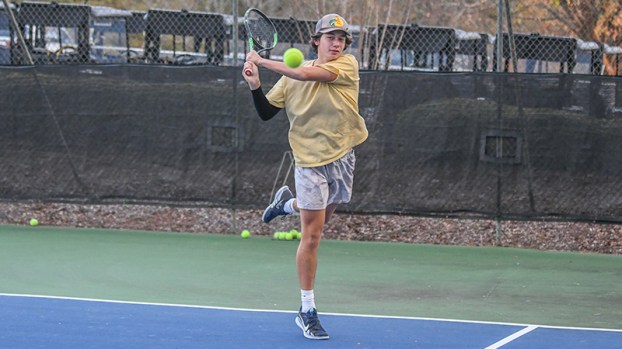 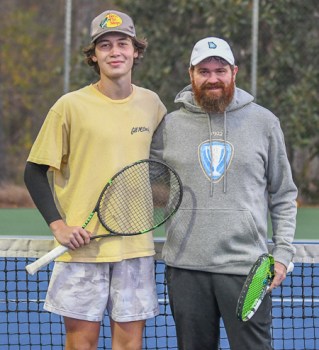 Taking the next step.

Pierce Manning just made a critical life decision. The LaGrange senior made his decision to play tennis at Duquesne University.

“It’s crazy,” Manning said. “Playing DI has been a lifelong goal for me but going up north and leaving all my friends is going to be really hard. It was really emotional when having to make the decision.”

What made the decision that much tougher was the fact that Manning will be starting his college career next semester as he will be departing LaGrange High early.

“I love the people at LaGrange, so leaving early is going to be tough,” Manning said. “It’s my senior year, and that makes it tougher, but you have to do what you have to do. The scholarships I got are pretty good, so I have to take advantage of the opportunities I get.”

Manning played three years for the Grangers tennis team. To pass up on the opportunity to play with them one last time was one of the hardest decisions he has ever had to make.

“I love my team and I love coach (Kenny) Moore,” Manning said. “I love the team. All three years have been an absolute blast. I wish I could play with them this year, but I had to make a tough decision.”

It was not the only major potential hold up for Manning. One reservation he had was the fact that he would be joining a team that began working together over the summer. He knows that he will have to play catch up, but looks forward to the challenge.

“It has me pretty stressed out,” Manning said. “They have been together all year, and I’m going to have to come in and fight for a spot on the lineup. I’m also going to be the youngest person on the team by a couple of years.”

Manning is trying to put on more weight to compete at a higher level of tennis. He will be going up against guys that are 4-5 years older than him and closer to their prime. It will be a challenge, but no more difficult than getting your name out there as a young tennis recruit. Manning had to contend with other recruits from the United States, but with tennis being such a global sport, he also had to compete with players from all over the world for a limited number of spots on division I rosters.

He had multiple other offers, but it was Duquesne all the way for Manning.

The difficult part was leaving behind his Granger family. At times, it felt surreal for Manning.

“I played my heart out last year, but I had no clue this was coming,” he said.

It has been a whirlwind last few weeks for Manning. Once he received the offer, he took some time to contemplate it before making his official decision. He gave the confirmation to the Dukes about a week ago that he will be heading up to Pittsburgh to play tennis in the new year.