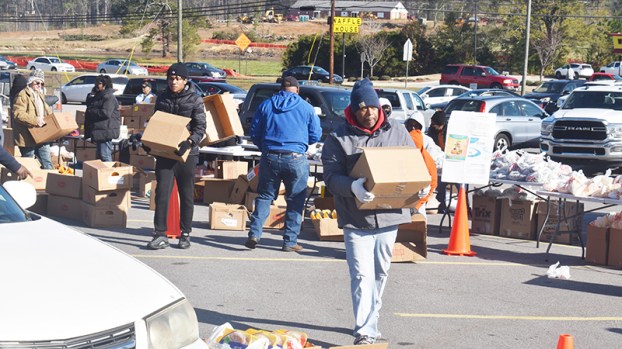 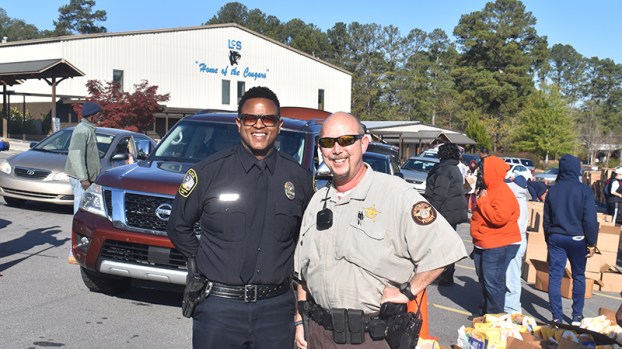 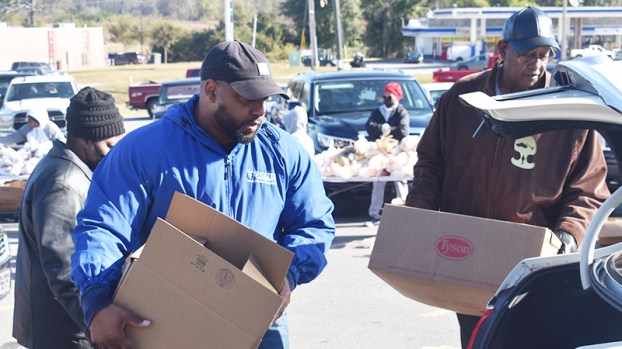 Over 300 families received food for Thanksgiving thanks to Pay It Forward 2k15 and generous donors.

On Saturday morning, Pay It Forward 2k15 gave away turkeys and boxes of food to people in need through the nonprofit’s second annual Turkey Day Food Box giveaway.

The giveaway was held at Lafayette Christian School. Cars and trucks queued up along Hamilton Rd. wrapping around Davis Rd. in line for the giveaway.

The nonprofit’s founder, Melissa Neal, said Pay It Forward 2k15 is based out of Atlanta, but she loves to give back to her hometown of LaGrange.

“I grew up in District 2, not far from here on Kings Park Ln.,” Neal said. “I just wanted to come home and give something back to my hometown.”

Neal said she frequently hosts food giveaways in LaGrange because of food insecurity.

“This is my second [Turkey Day giveaway] in LaGrange. But I’ve been doing this type of work for about 25 years,” Neal said.

More than 300 families were able to have their trunks filled with large boxes of food that should provide several meals.

Neal said they were only able to get about 30 turkeys, so those were limited to senior citizens.

Ogletree said they gave out about 750 pounds each of squash and zucchini and 16 pallets of chicken.

The turkeys were limited to seniors, but everyone, including seniors, was able to get a case of chicken (six packs) along with their food box. The chicken was donated to the nonprofit.

Officer Bryant Mosley of the LaGrange Police Department said police began receiving calls through 911 about the traffic backing up from the event. Once he ensured that cars were safely lining up, he began helping distribute the food to cars.

Mosley and many others volunteered to help support the community giveaway.