Hogansville to host day of festivities for Christmas parade 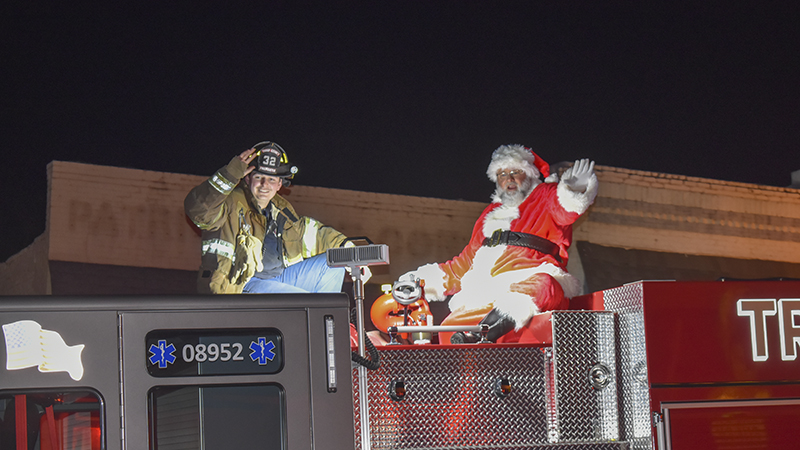 Santa rides atop a fire truck in the 2020 Hogansville Christmas parade. -- File Photo

Hogansville will celebrate its annual Christmas parade with a day filled with holiday festivities.

The event titled “Tinsel & Tidings” will be held from 1 to 8 p.m. in Downtown Hogansville and will feature a holiday-themed market along with live music and food.

“We’re going to have carolers singing. We are going to have a violinist performing out there,” Hogansville Deputy City Clerk LeAnn Lehigh said. “Throughout the day, there’ll be different things going on at Askew Park.”

Santa Claus will also be available for visits with kids at the nearby Calvin Hipp Park.

“The parade will start at six o’clock. It will be the normal route from Hogansville Elementary down Main Street,” she said.

Lehigh said they will have prizes for the top three entries in the parade.

“So, the top three entries,” she said. “The top three floats, cars, whoever has the best decorations,” she explained.

Former Hogansville Mayor Bill Stankiewicz and his wife Mary Stewart will serve as grand marshals for the parade.

Lehigh said they are still taking registrations for the parade and vendors for the event. They always have last-minute entries, but it’s better if people register early so they can make sure to get in, she said.