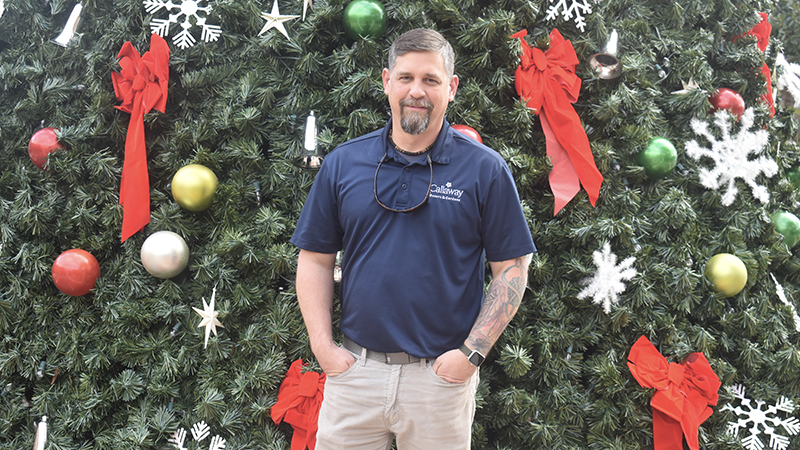 In LaGrange, the Christmas season begins with a beloved tradition — the annual parade.

For Warren Adams, the parade has been his start of the season for 30 years. Adams, who serves as the parade director, said he first got involved in the parade when he was  13 years old.

“My mom joined the women’s division of the chamber of commerce when they were in charge of the Christmas parade. Of course, she volunteered me to come help,” Adams said. “I got put under the then director, HP Bradley, as one of his helpers.”

Adams would act as one of Bradley’s helpers in the parade until the former was involved in a car accident.

“I took over for him that year while he was at the hospital,” Adams said. “After that, he just let me do my thing.”

Adams said next year will be the 30th year his mother, Donna Adams, has been organizing the parade.

In his three decades of being a part of the parade, Adams said being able to give back to the community has been the most impactful.

“When I had kids, they were always impressed and loved the parade,” Adams said. “Now, I keep doing it because they want to take over one day, so they won’t let me give it up. But for me, it has always been about giving back to the community and doing it for the kids.”

Adams said he feels honored to have been a part of the parade for so long.

“It’s the one day a year I can give back, and LaGrange has always been home. It’s always special,” Adams said.

“I remember when I was younger watching the parade and then a couple of years in middle school I was in it with the band and then not too much longer after that I was helping run it. It’s always been a part of my life.”

This year Adams said he going through the parade route for the first time in a while.

“They (the Chamber) will have a banner for me, and soon as Santa gets on the road, I’ll be jumping on the golf cart,” Adams said.