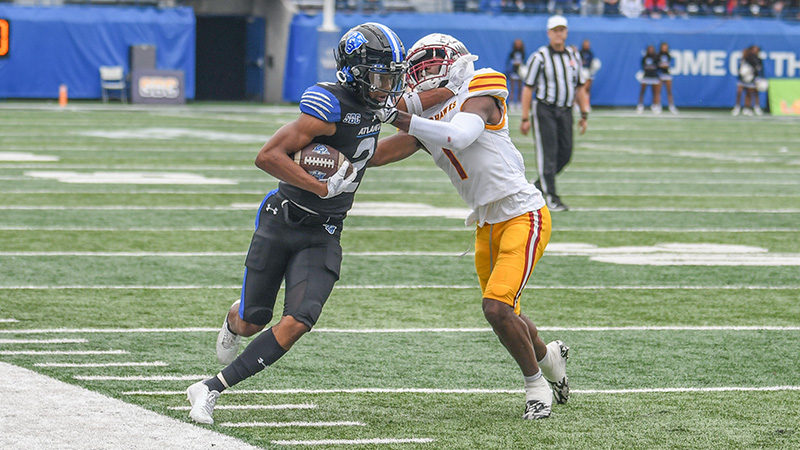 Former Troup Tiger Jamari Thrash just completed one of the best seasons a wide receiver has ever had in Georgia State history. He was honored appropriately on Thursday, being named the 2022 All-Sun Belt Conference team.

Thrash had a Sun Belt league-leading 1,122 receiving yards, which is currently the 10th highest total in FBS and the second-best season in Panther history. He is No. 3 in the Sun Belt with seven touchdowns and No. 2 with 18.4 yards per catch. Thrash had three times as many receptions (61) and receiving yards as Georgia State’s No. 2 receiver, accounting for 46 percent of the team’s passing yards.

Thrash finished the season strongly, with three straight 100-yards games. He also had three games this season of 150+ yards. He had the Panther’s two longest plays of the season with touchdown receptions of 73 and 75 yards.

Thrash set the single game school record for receiving yards in a game earlier this season when he racked up 213 yards against Charlotte.

Thrash finishes his junior season fifth in Georgia State history with 1,752 career yards while also  entering into the top 10 in career receptions (104) and touchdowns (12).