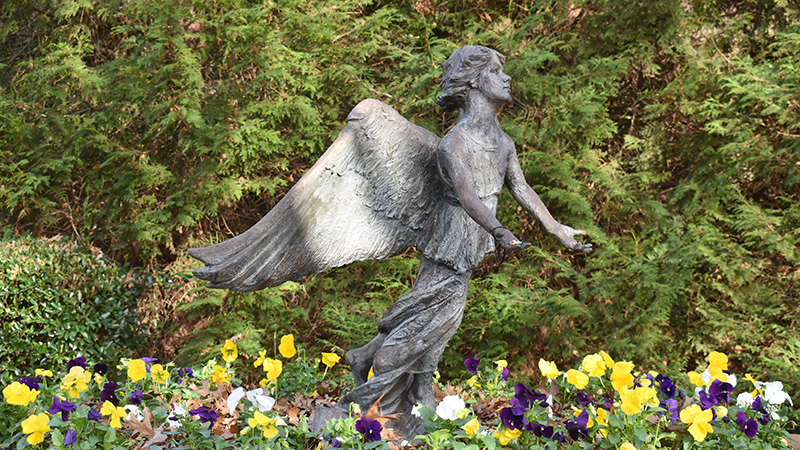 The annual Angel of Hope memorial service will be held on Tuesday, Dec. 6 at 7 p.m.

The candlelight memorial service is held each year for members of the community who have experienced the loss of a child. The ceremony is held at the angel memorial site on the grounds of West Georgia Medical Center near the hospice parking lot.

Similar memorials are held across the country each year on Dec. 6 for people who have lost children. Dec. 6 is National Children’s Day.

As part of the nationwide effort, Angel of Hope statues have been placed to memorialize the lives of lost children. The statues serve as place of hope for the parents, families and loved ones dealing the tragic loss of a child.

The two formed a friendship due to their shared loss over the years..

Taylor said she didn’t find what she was looking for at the support group after the death of her child, but the story of the angel of hope inspired her and gave her hope.

“I did not go to the cemetery where my child was buried. It was not a place of any type of comfort,” Taylor said, but visiting the angel of hope statue gives her an overall different feeling.

“For me, personally, to go to the cemetery, to put flowers on my son’s grave is extremely hard to do,” Taylor explained. “I found it a little bit easier to be able to go to the angel and just sit and reflect or just generally think about things.”

“Maybe I feel that way because I do have a reason to be there, a reason behind having a connection there. But it’s just a totally different atmosphere than standing in the cemetery,” she said. “It’s a place of hope.”

“I think it’s because you expect the elderly and adults to die. Children aren’t. You’re not supposed to have to bury your child.”

Taylor said that the regular attendees to the Angel of Hope service have become a support group of sorts for each other, but they always meet new people who share their grief.

“We only see each other once a year, but it’s a support, it’s an understanding,” Taylor said. “We all have been in the same place or are in the same place at one point in time.” Nobody knows what to say to you when your child has died and there’s nothing to say. There are not any words that can be said to make you feel better. But every year when you see those people again, it’s a comfort knowing that this person has been in my shoes before. I can see them and it gives me hope that one day I can move forward like they have.”

Taylor said that there’s a time when grieving parents don’t know how to go on after the death of a child. They think they can’t live like this, she said. But seeing others who have lived through it at the angel ceremony gives them hope.

“You see that this person has gone on with their life and they are OK. You can look at them and see they’re OK. They lived through it. They moved on. They still remember their child. They still grieve sometimes, but they’re OK,” Taylor said. 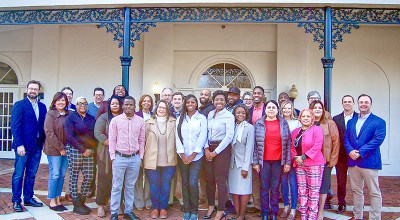 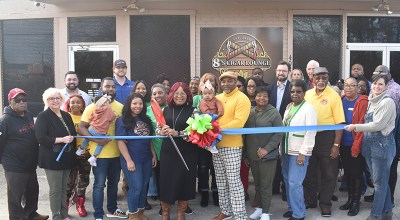