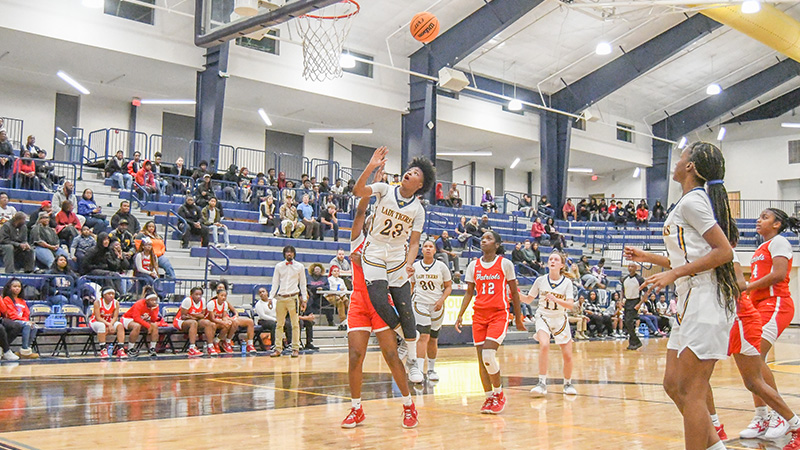 This week’s athlete of the week has gotten off to a hot start in her sophomore year. Tanasha Daniel goes by Nasha, and she goes by defenders as well as she helps initiate the offense for the Troup girls basketball team.

“I’m usually looking for the pass, but I like to look for my shot too,” Daniel said.

She started and played sporadically as a freshman but finds herself as one of the starting guards for the Tigers this season. She has sliced and diced defenses and helped power the Tigers to a 3-0 start to the season.

“My role has changed a lot since last season,” Daniel said. “It’s been a lot better this season. I have been getting more minutes.”

Basketball runs in the family. Her father played when he was younger and both of her parents were athletes at LaGrange High, but Troup called Daniel’s name. She also envisioned herself as a Tiger.

“They wanted me to go to LaGrange, but I told them ‘I think Troup would fit me better,’” Daniel said. “They didn’t like it at first, but I felt like Troup was better for me.”

She is still looking to improve on defense even though her coach, Carla Thornton, singled her out for her defensive performances so far this season.

“I’m getting better on defense, and I’m still looking to get better with my ability to see the court,” Daniel said.

She has matured and stepped up for a Tigers team that does not have a lot of veteran players outside of star player Alexcia Murphy.

“She was coachable last year, but she understands better what we are doing as a team and all the different roles she has had to play with us,” Thornton said.

She’s matured with her decision making on the court and her ability to handle the ball, but she has also taken steps forward in how to command a team on the court as one of the starting guards.

“I feel like I can keep getting better while staying focused on school,” Daniel said.

Daniel has played basketball since she was four years old and just continues to get better and better.

“Playing makes my dad proud and makes my family proud,” Daniel said. “It brings us together.”

Daniel is just getting started with the Tigers. You can find her suiting up again for Troup on Monday when the Tigers host Lanett.