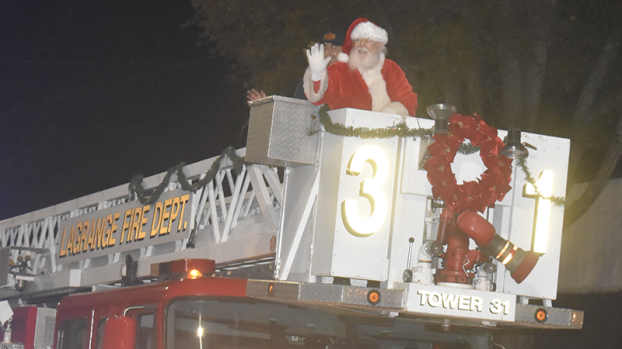 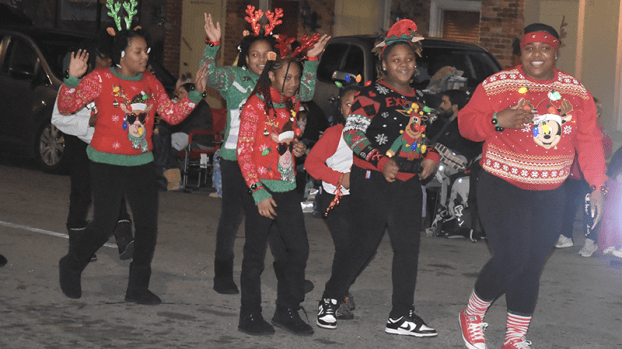 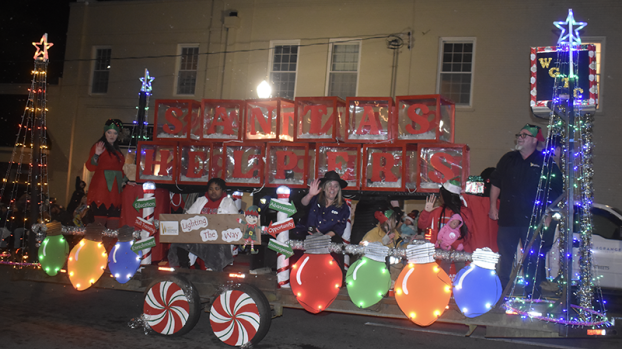 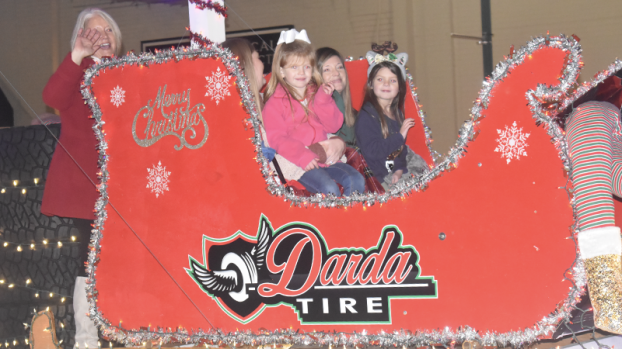 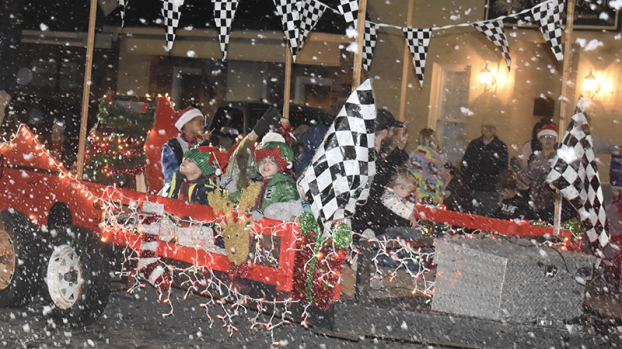 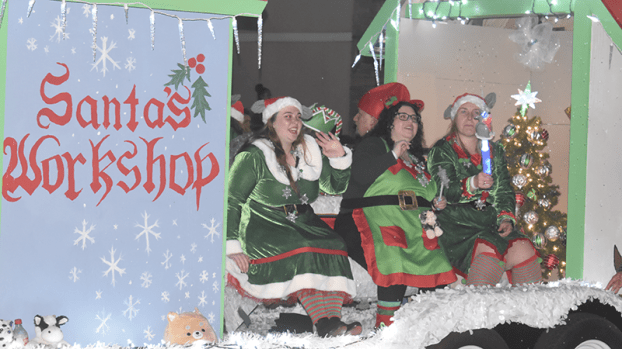 Christmas floats, marching bands and, of course, Santa Claus once again filled the streets of Downtown LaGrange on Thursday evening for the 46th annual Christmas parade.

This year’s theme was “Santa’s Little Helpers.” The service theme was especially appropriate to honor this year’s grand marshal, Patty Youngblood, who is retiring at the end of the year as CEO of the United Way of West Georgia.

Youngblood has served the community for 19 years, helping bring millions of dollars in support to local nonprofit agencies in Troup County.

Another of Santa’s little helpers, Parade Director Warren Adams, was also recognized during the parade. Adams has helped direct the parade for 30 years, having started volunteering with the parade when he was only 13 years old.

Each year the top two floats are selected among six categories along with the Director’s Award, which was given to West Georgia Technical College. Other category winners include:

• Feeding the Valley Food Bank was given First Place for the Civic category. Chatty of LaGrange received Second Place.