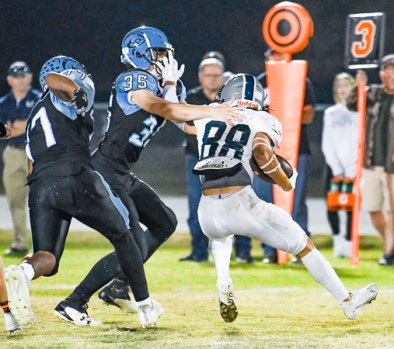 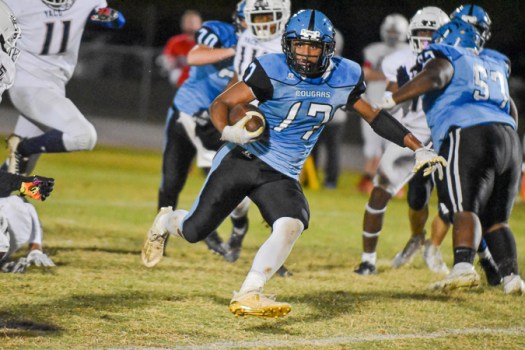 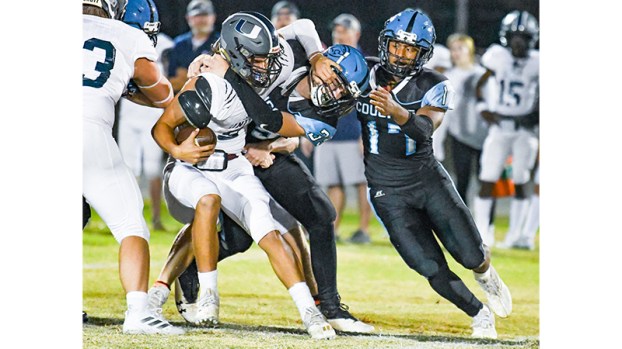 The two players took two very separate routes to get here. Snyder earned his second All-State appearance for the Cougars and still has his senior year left for the Cougars.

“I wasn’t all that surprised because I made it last year with worse stats,” Snyder said with a chuckle.

This season, Snyder racked up over 2,000 yards on the ground en route to one of the best seasons a running back has ever had at Lafayette Christian — if not the single greatest season.

“I don’t know what the school rushing records are, but I want to break them next year,” Snyder said.

One guy who did break some records this season was Evert, who made his first All-State appearance at defensive end.

“I broke our school sack record, and I may have broken the league sack record,” Evert said. “That was my goal going into the year.”

Evert ended the season with a whopping 15 sacks as he averaged over a sack a game in his final season with the Cougars. The senior wrapped his Cougar career with a loss to Sherwood in the semifinals and that will likely be a wrap on his football career as well. Despite the bittersweet ending, this season will stand out.

“I won the state title my sophomore year, but I was not super effective,” Evert said. “I wasn’t crazy good, and we had some very talented players, so it didn’t feel like I earned that state title. I played my part, but if we would have been without me, we probably would have still won it that year, but my biggest personal achievement was this year.”

It was a special moment for these two guys to be named to the All-State team together. While only a year younger, Snyder still looks up to Evert and learns a lot about the game from the senior leader.

“My sophomore year, we played nose guard together,” Snyder said. “He’s fast, quick and smart. Overall, he’s a great player and a great friend of mine. I have enjoyed being able to learn from him over the years.”

Snyder will be back with the Cougars next season. He has goals and achievements still in his sight during his time at Lafayette Christian.

“We want to win the state title,” Snyder said. “We fell short this year, but we can learn from this and be back and ready next year.”

Lafayette Christian made a run all the way to the semifinals — the furthest the team has made it in the 8-man playoffs. These two young men were a big reason for the Cougars success. While they did not complete their quest for their ultimate goal, a state title, the seasons they put together in 2022 will echo through the halls of Lafayette Christian school for years to come.