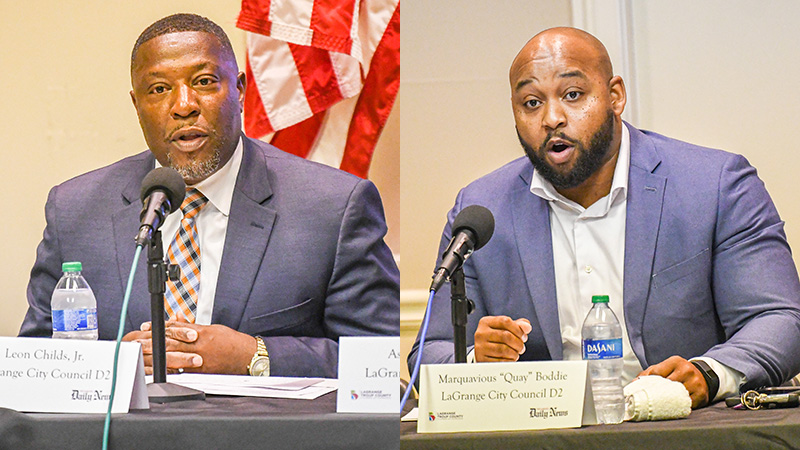 Several precincts were still coming in Tuesday night, but the seven precincts that included the District 2 race all favored Childs. He had a 1,529 vote to 1,094 vote lead, with the LDN waiting to confirm final numbers.

At 8:40 p.m., only three precincts were left to come in — Hogansville, West Point and Gray Hill. Childs won every precinct.

This story will be updated shortly with more information, including interviews with both candidates.