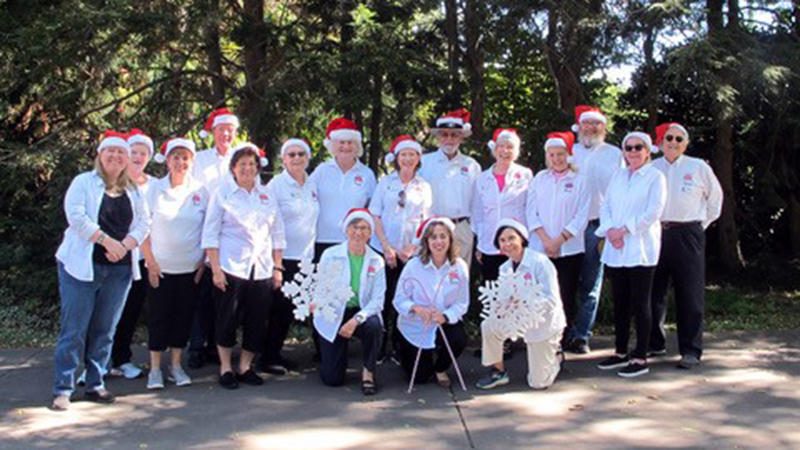 Looking for a good holiday tale? On Saturday, Dec 10, the Azalea Storytelling Festival will host Deck the Halls with Donald Davis. Long-time festival storyteller Davis will be taking attendees on a verbal journey through special, holiday stories that have not been told in LaGrange before.

Joyce Morgan Young, founder and co-chairwoman of the Azalea Storytelling Festival, said the Deck the Halls event will be a first for the organization. She hopes it will become an annual event.

“Donald is always welcome to LaGrange,” Young said. “He usually comes to LaGrange and does a summer storytelling workshop, but we’ve never had him for Christmas. He has a huge following here, and we’re thrilled that we’re getting to have Christmas stories from him.”

Upon learning his schedule had an open weekend, Young said Davis asked if he could come down to LaGrange and tell a few holiday stories.

“He usually is in Midland, Texas the second weekend in December,” she said. “I think with the town’s folks and neighboring towns; we’ll get a good turnout. We’re not sold out yet.”

Davis said he loves coming to LaGrange and looks forward to seeing the many happy faces there.

“We have so many friends there and when we’re there for the festival in March, that’s not the time of year to tell Christmas stories,” he said. “But this is so it’ll be fun to do stories that nobody has heard before.”

Young said the production will last roughly an hour and 15 minutes with different stories told throughout.

Young also said Davis has been coming to the Azalea Storytelling Festival since he helped start it in 1997.

“He usually comes to LaGrange and does a summer work storytelling workshop, but we’ve never had him for Christmas,” Young said. “He will be telling his own Christmas stories, and we are excited to have him.”

“Donald’s stories are uplifting,” Young said. “People will laugh. They might cry tears, but it’ll be stories that anyone in the audience can identify with.”

The production will have two showings, one at 2 p.m. and the other at 7 p.m. at the LSPA Black Box Theatre. Adult tickets are $15 and student tickets are $10. Tickets can be purchased online at http://www.lsparts.org/tickets/index.html or through the box office at 706 – 882 –  9909