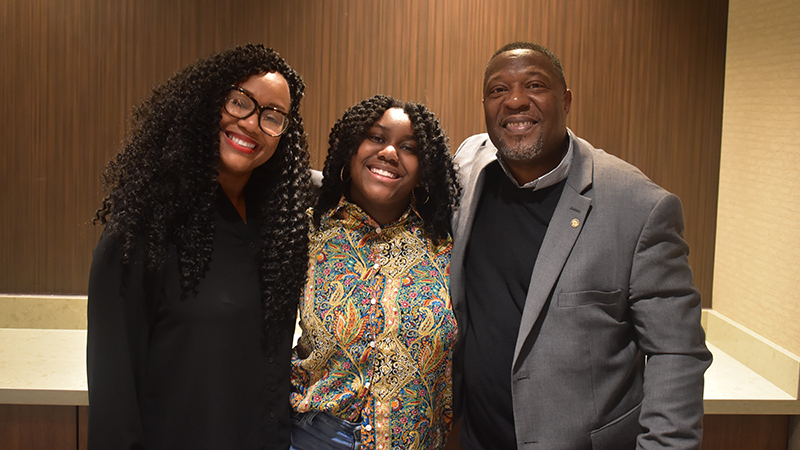 Upon hearing the election results, Childs was elated but quickly gave credit to God for the results.

“This is not about me and what I’m going to do, but it’s about how God put me in his position, to carry out his words for what he wants me to do. That’s what it’s all about,” Childs said.

“I just want a safe City of LaGrange, and I just want a thriving District 2 as well. That’s what I’ve been working for.”

Childs said he plans to listen to the community when he takes office to fill the big shoes of former councilman McCamey.

“I was always told by my mother and my father, to listen more than I talk. My father used to tell me all the time, God gave you two ears, and he gave me one mouth. That’s because he wants you to listen more.”

“So first, I just want to get in there, learn the ropes, learn my duties, and learn what I’m supposed to be doing. And then implement my vision that I’ve been given to District 2 over the campaign trail.”

One of the first major hurdles for LaGrange to start the new year will be finding a replacement for Mayor Jim Thornton, who recently left office for a job with Georgia Municipal Association (GMA).

“I will give Jim Thornton his accolades. He was a great mayor, and it’s going to be very, very hard to fill his shoes. I feel the next mayor is going to have a huge task ahead of them and their hands full, but I am totally confident that the mayor that we select will be able to fill his shoes,” Childs said.

Childs said the last couple of years has been very hard for him, losing two sisters.

“Between 2021 and 2022, I lost my middle sister, and I lost my oldest sister. One of them I lost in a blink of an eye [to a car accident] and the other one, saw her suffer because she had cancer.”

“Both of them used to always tell me, you need to get in the office. You need to run for office. So, I want to say from the bottom of my heart, this is for them as well — this race and this victory. I look up to them and let them know, this for you guys.”

Boddie took the results of the election in stride.

“I can’t complain about anything. It’s a blessing just having come this far,” Boddie said.

“We’ve accomplished a lot of good things, and we’re still going to make sure that we work to continue working in the community doing the same.”

Boddie said losing this election isn’t the end of his efforts to help the District 2 community. Whether it’s helping out with a food drive or going into schools to help speak to kids, he said he plans to stay involved.

Boddie also didn’t rule out running for office again at some point in the future.