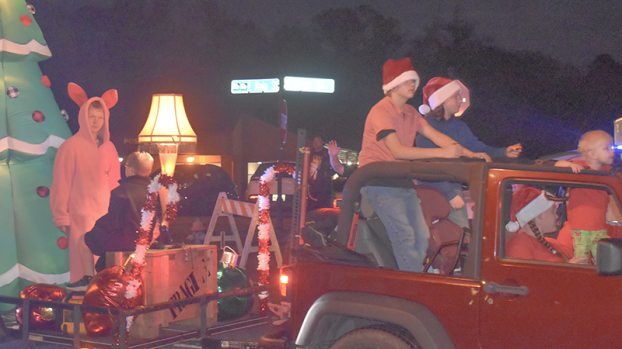 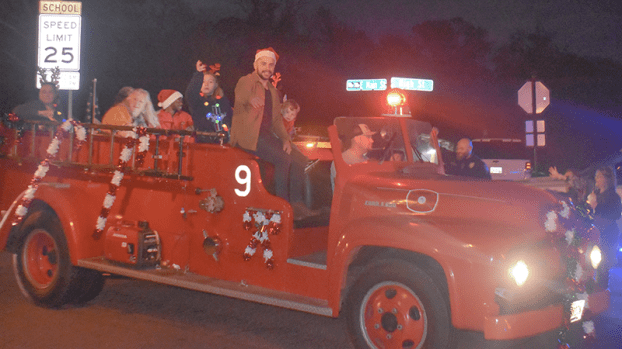 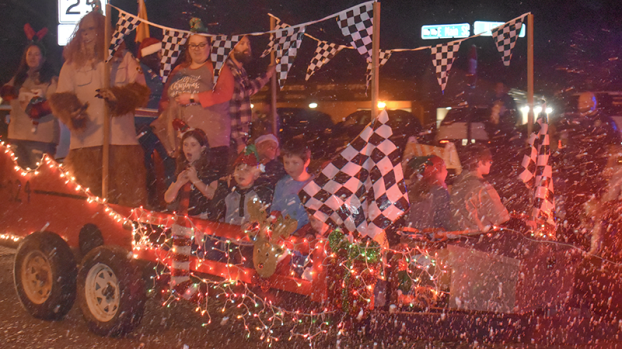 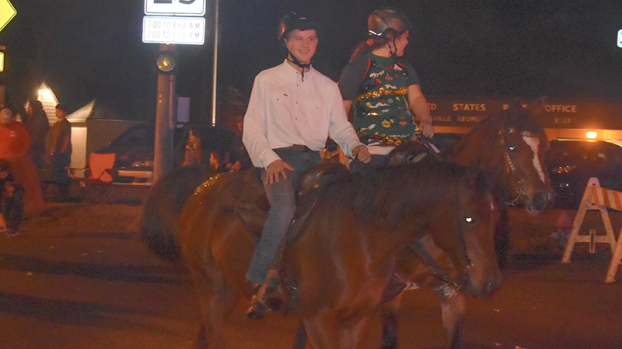 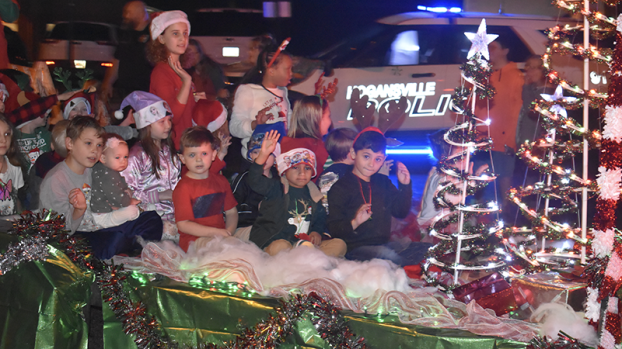 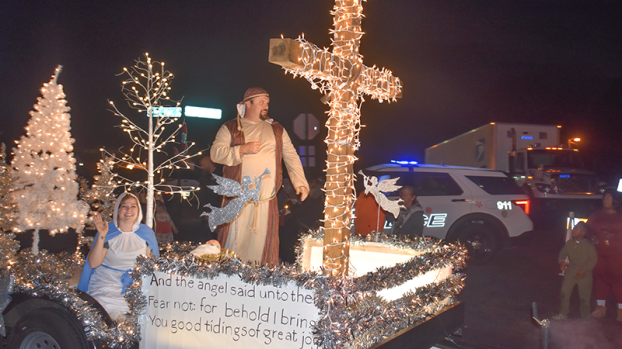 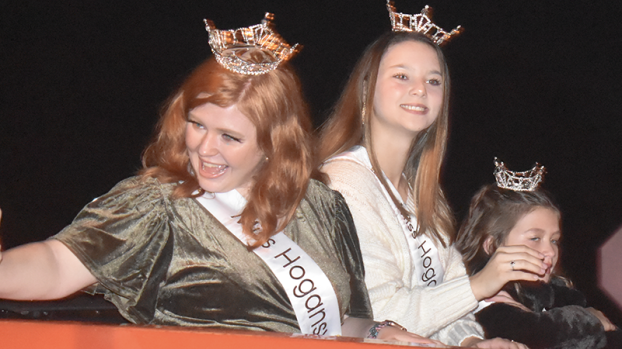 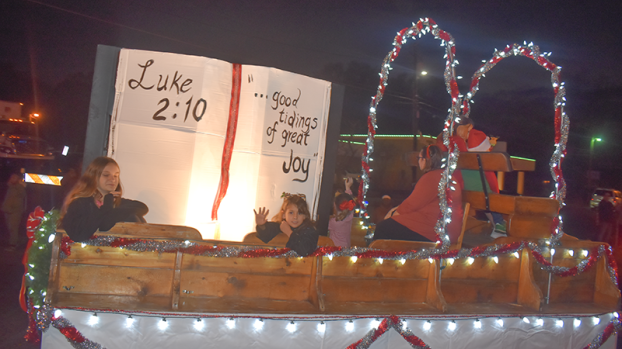 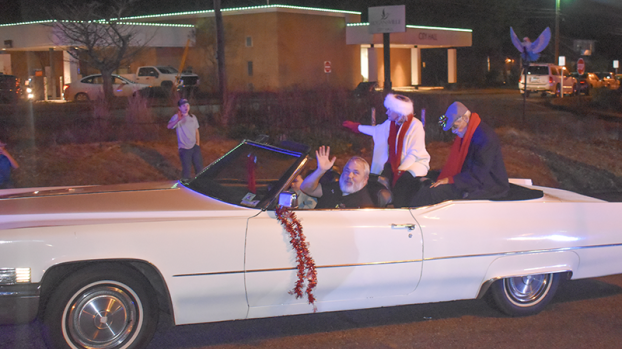 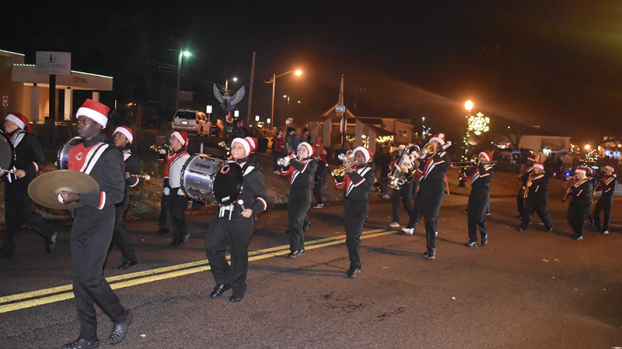 An overcast and sometimes rainy Saturday didn’t stop Hogansville residents from kicking off the holiday season with their annual Christmas parade.

The city made a day of it, calling the event “Tinsel & Tidings.” Starting at 1 p.m. and through the evening parade, Downtown Hogansville was filled with vendors, food, live music and, of course, the man himself, Santa Claus.

Hogansville Elementary School won first place in the float competition, taking home the top trophy and a $300 gift card for their Greenwave-themed float.

The parade followed its traditional route, marching from Hogansville Elementary School, down Main St., through Downtown Hogansville and back to the school.

Former Hogansville Mayor Bill Stankiewicz and his wife Mary Stewart led the way, serving as grand marshals for the parade.

Before the parade, Downtown Hogansville was filled with a smorgasbord of holiday activities throughout the day.

Dozens of vendors set up in Askew Park with food trucks and music. Over at Calvin Hipp Park, storytelling was held in the gazebo. Carolers from Callaway Middle School and violinist Annie Collins performed. Old Saint Nick also stopped by Askew Park for photos with kids before joining the Troup County Fire Department to close out the parade.

Hogansville will host a similar holiday event this upcoming weekend with its Winter Market & Holiday Hustle.

On Saturday, Dec. 10, from 9 a.m. to 2 p.m. Downtown Hogansville will feature a winter market with local artisans and makers with holiday gifts available for purchase along with food trucks and more.