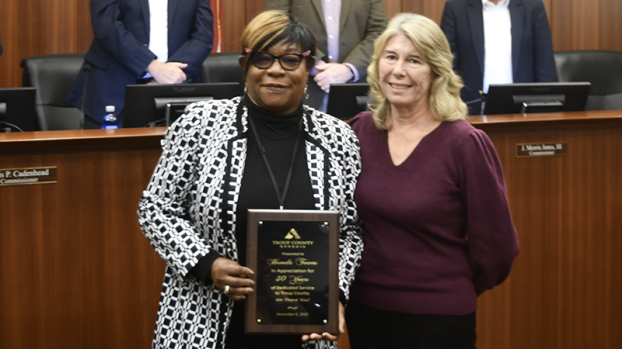 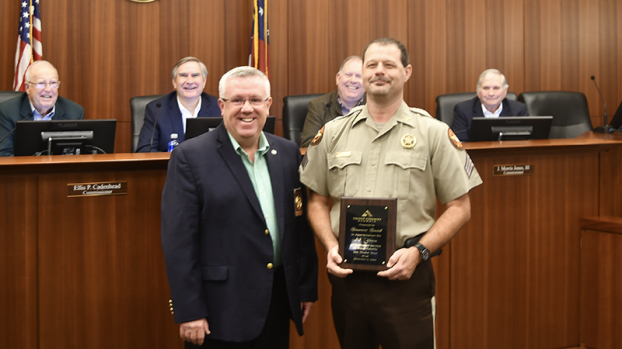 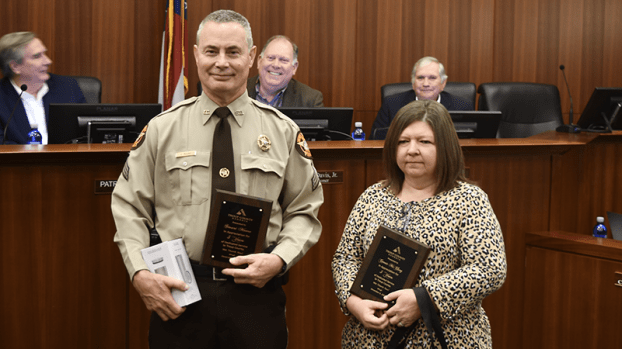 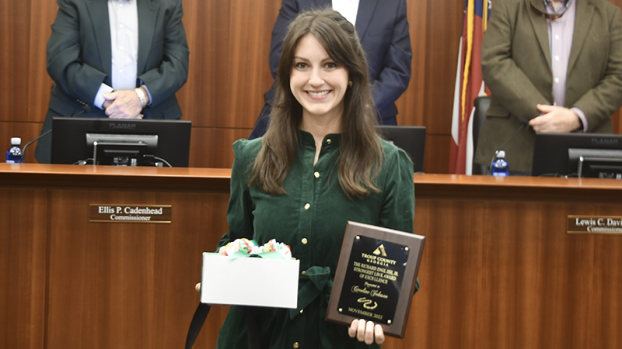 During the Troup County Board of Commissioners work session on Tuesday morning, the county recognized employees for its quarterly service awards, including two longtime employees for their decades of service.

During Towns’ 30 years of service, she has helped guide, inform and navigate families through Troup County Juvenile Court in times of uncertainty.

Towns earned a bachelor’s degree in Human Development and Family Studies from LaGrange College and a master’s degree in Criminal Justice at Troy University. She has also completed 400 hours of mandated judicial training through the University of Georgia.

Towns is a devoted mother and grandmother. She is a member of Zion Hill Missionary Baptist Church, where she serves as Sunday announcer, in the choir and church clerk.

The county thanked Towns for her 30 years of service, where she has shown true dedication and commitment to providing the best possible service to families and children.

“Gail has been a wonderful friend and she’s been a good employee. I’m very proud to know that I have a staff like what I have,” Juvenile Court Administrator Michelle Bowman said.

In 2000, Smith returned to Troup 911 as a Senior Communications Officer responsible for training new employees and serving as the supervisor in their absence.

In 2013, Smith began working in his current role as Public Information Officer for the Troup County Sheriff’s Office, where he serves as an official spokesperson with the media and the public.

Sheriff James Woodruff said he was working as the Public Information Officer for a previous sheriff when he first met Smith.

“When Stewart started, I was him. I was the public information officer for the [then] current sheriff and Stewart was one of my explorers. He was 14 years old when he started with the sheriff’s office,” Woodruff said.

“He’s given us 25 years of hard work,” Woodruff said. “I have 150 people that surround me every day that do a great job and Stewart is no exception. I’m very proud of him.”

Three additional employees were recognized for five years of service to Troup County.

Vehicle Maintenance Manager Joseph Downs, Jr. with the County Shop, Deputy Clerk Connie McClung with the Clerk of Courts and Sgt. Stuart Moore with the sheriff’s office were given five-year service awards.

In addition to the service awards, Communications Manager Caroline Johnson was given the Richard English Jr. Strongest Link Award of Excellence for November 2022.

Johnson was nominated by her peers for her positive attitude and willingness to offer assistance when it is needed, bringing relief in otherwise overwhelming situations.