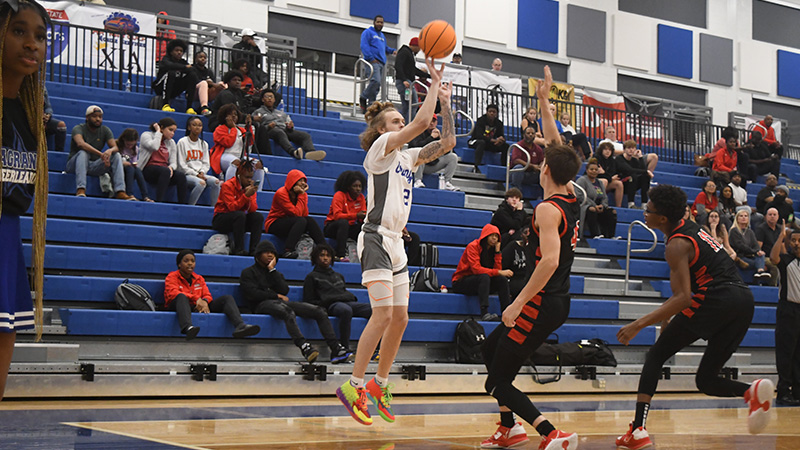 The LaGrange boys basketball team had to dig deep to close out a 60-52 win over Opelika on Tuesday night.

The Granger got off to a quick start before the Bulldogs battled back and cut the Granger lead to 13-9 after the opening eight minutes of play The lead was eventually cut down to just two points heading into halftime, but the Grangers came out storming in the second half.

LaGrange was able to stretch its lead out to seven at the end of the third quarter before closing out the game in the fourth.

After no points in the opening quarter, Devin Dowell heated up and finished with a team high 14 points. The scoring was shared around. Garrett Jacobsen had 13 points and Jaylen Young had 10 points to round out the double-digit scorers for the Grangers.

LaGrange improved to 4-0 on the season and will be back in action on Friday with Harris County coming to town.