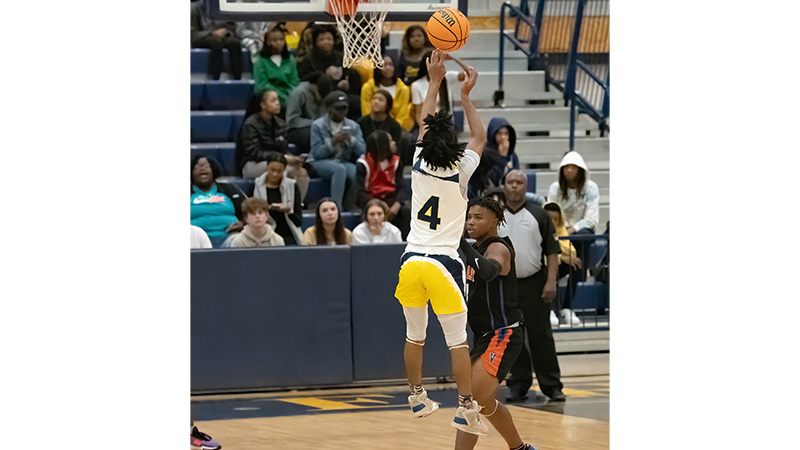 The Valley Rams took it to the Troup Tigers for the second time this season, winning 82-65 on Tuesday night.

“They work hard and come to practice with a positive attitude, and it shows,” Valley coach Marshon Harper said. “We have a bunch of leaders on the team. They have a positive mindset. We are talking about winning a championship here.”

The Rams got off to a hot start and outscored the Tigers 23-12. Nine of Denali Dooley’s 21 points came in the first quarter as he sparked the offense to life.

The tigers chipped into the lead and cut it down to just eight points heading into the break. Ten of Deo’Vion Tucker’s 19 points came in the second quarter as he brought Troup back from the brink of an early blowout.

The Tigers cut the lead down to six points in the third quarter before a strong run by the Rams put the Tigers in a 14-point hole heading into the final quarter of play.

“We snatched the momentum from them in the third quarter,” Harper said. “We did not do that last year. We could have been up by 15 points in the third and then be down by one heading into the fourth. We closed them out, and that’s the mentality we’ve got to have.”

While the Rams produced a strong fourth quarter to close out the game, it was a true duel down the stretch. Cam Dooley scored half of his game-high 26 points in the fourth quarter. Jalen Brown had nine of his team high 21 points to keep up his hot start to the season.

Dee Moreland was the only other Tiger in double figures with 10 points in the game.

Jamarious Martin had 14 points and Brandon Thomas had 10 points to round out the Rams in double figures on the night.

The Rams moved to 6-0 on the season and look like one of the top teams in Alabama to start the 2022-23 season.

Troup snapped a two game win streak and falls to 2-3 overall. The Tigers will be back on their home court next Tuesday against Harris County.