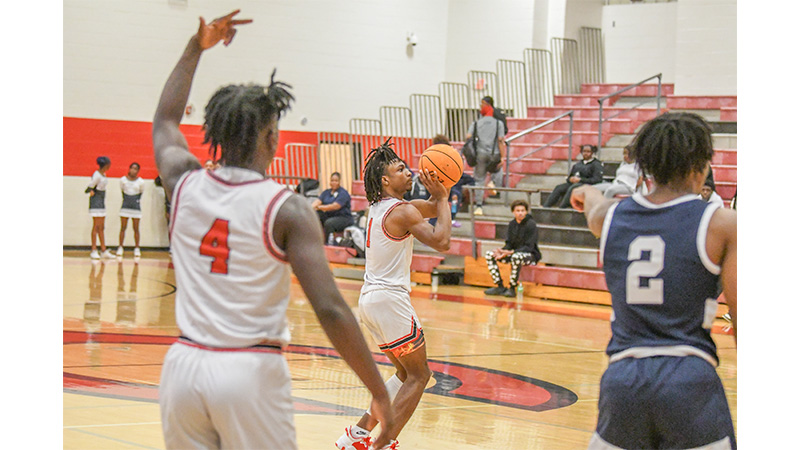 The Callaway boys basketball team finally got a chance to tip off its home schedule for the 2022-23 season on Friday and the Cavaliers put on a clinic in a 61-42 victory over Redan.

The Cavaliers got rolling from the opening tip to start the season 2-0 overall and 2-0 in region play.

Two players that also have a great connection to the gridiron — Exavious Reed and DeShun Coleman —  dominated from the tip. Coleman brought his usual energy and ability to move the ball at the point guard position and led the team with 18 points while adding five rebounds and an assist as well.

Reed was everywhere and led the team in +/- as the Cavaliers outscored Redan by 25 while he was on the court. Reed finished second on the team with 17 points on an extremely efficient 7-for-10 from the field. He also had five rebounds, two assists, two steals and a block as he stuffed the stat sheet all night long.

Callaway has cruised through its opening two games of the season with tougher times lying ahead. On Saturday, the Cavaliers will host one of the best teams in Alabama so far this season, Valley.