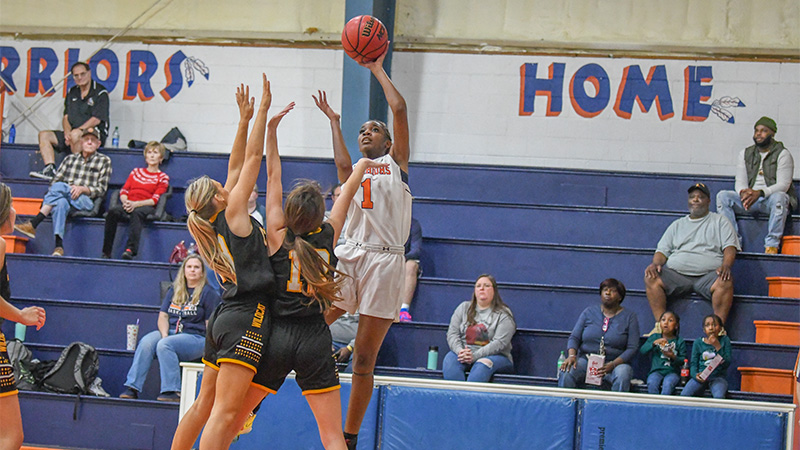 Jazmin Thornton kept up her hot start at LaGrange Academy with a 38-point performance in a 58-23 Warrior victory over Crisp Academy on Friday.

This was the closest game the Warriors have been in this season as they have marched to a 5-0 record and look like one of the top teams in GIAA single A through the opening few weeks of the season.

The Warriors offense is led by Thornton, but the defense is a team effort. Starters Laura Knight, Anna Beth Kinersley, Kayla McBride and Tesia Garrett-Hammett offer the team length and speed that has not allowed more than 23 points in a game this season. Opposing teams are averaging less than 14 points against the stingy Warrior defense.

McBride also had her best offensive performance of the season and finished second on the team with 12 points.

The Warriors outscored Crisp Academy 17-3 in the first quarter and never looked back.

LaGrange Academy will be back on the court next Tuesday at home versus crosstown rivals Lafayette Christian.